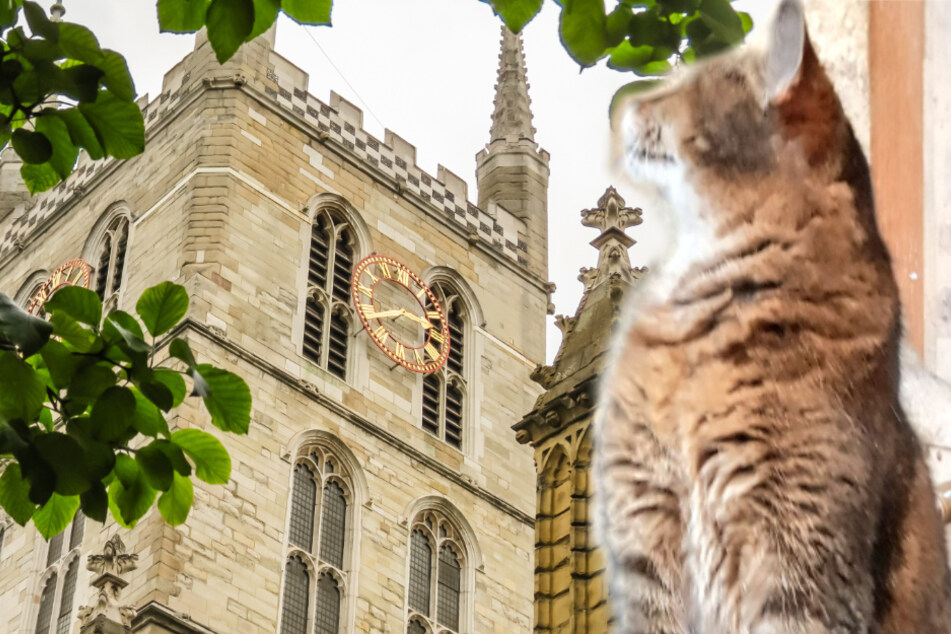 Doorkins the cat first came to Southwark Cathedral twelve years ago in search for food, but the church became a loving home for her over the years.

London, UK - Doorkins the cat first came to Southwark Cathedral in 2008. The poor stray was in search of food but over the years, the church became a loving home for her. It was only right that she was laid to rest there in a special ceremony, after passing away on Friday.

The furry resident became a common sight at the London cathedral, whether she was scampering across the altar, sitting on the seats of serious church officials, or catnapping in the nativity crib during Christmas.

After the beloved cat died on September 30 of liver failure, Andrew Nunn, the Dean of the cathedral, announced he would hold a Thanksgiving service for her. The service was live-streamed on Oct. 28 for Doorkins' many admirers.

"She was enormously popular and had a massive Twitter following – and was also the focus of a lot of people's visits to the cathedral," Nunn told CNN. He said that some people saw her as their own pet, because landlords didn't allow them to keep their own.

The fur ball, who reached celebrity status in the UK, lived quite an adventurous life: she met the Queen, she starred in a children’s book, and she had her own Twitter account with more than 6,000 followers.

But in the aftermath of the London Bridge terror attack in 2017, the furry animal was locked out for several days. When she got back into the church, she wouldn't leave again, Nunn said. Apparently, she was battling kidney problems, and lost hearing and sight soon after the trauma.

Paul Timms, the head verger, took care of her in his home until she died in his arms following a stroke.

However, Nunn's decision to host a funeral was met with some controversy.

Among the critics was Bishop of Burnley Phillip North, who was furious. "Is this a joke? I do hope so. If not it's grossly insensitive to bereaved families and those ministering to them in the North West under the regional coronavirus restrictions," he thundered.

But most people called the bishop out for his tweet, asking him to apologize.

Nunn said Doorkins had sought and found sanctuary in a church, adding meaning to the cat's narrative. "She arrived, she entered and we made her welcome. People concluded that if this little cat is welcome, maybe I am too," he said during the service.

"Some may think that cats don’t deserve ceremonies and eulogies and prayers, that their death should pass without comment or occasion but I can’t agree," he added.

After last week's service, Doorkins' caretaker Timms carried her ashes in a casket to a small grave in the cathedral's churchyard.

Nunn, who admitted he was usually "not a cat person" said Doorkins had been sent by God. "She did more to bring people to this place than I will ever do."