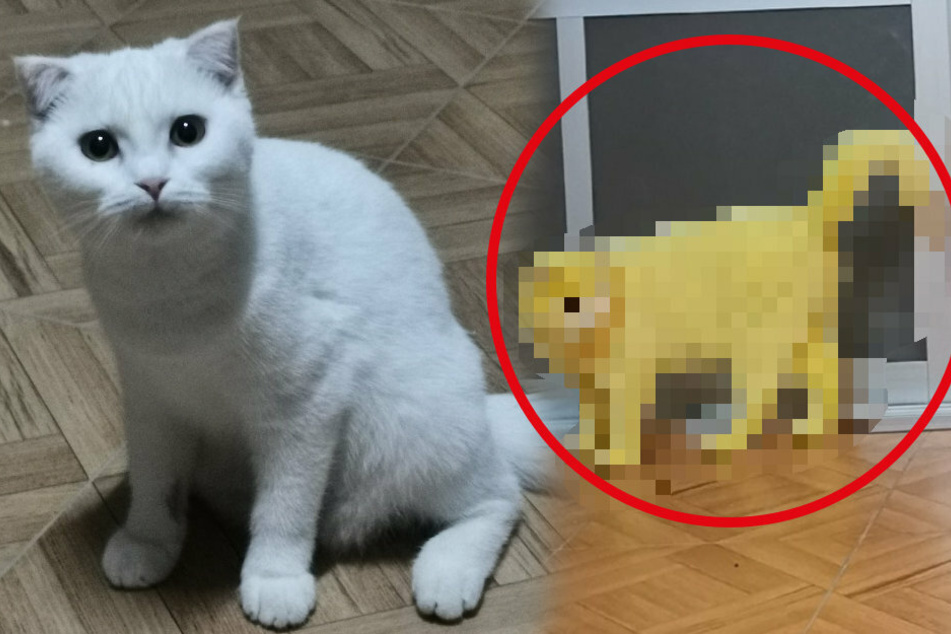 Pika(t)chu: cat gets yellow dye-job and a huge internet following

After her owner used a bit too much turmeric to treat an infection, a Thai cat's bright new look has the internet in stitches.

Thailand - Yes, that's the same cat in the photos. No, she's not supposed to be bright yellow. But her owner's turmeric treatment had some unforeseen - and hilarious - consequences.

Pokémon fans might be doing a double take - this cat really is a dead ringer for Pikachu!

No one was more shocked by the transformation than her owner, Thammapa Supamas.

The Thai woman explained for BoredPanda how Ka-Pwong ended up with this yellow streak.

The feline had contracted a ringworm infection. Thammapa desperately wanted to help her pet, but she had no idea what to do.

No matter what she tried, Ka-Pwong's condition did not improve, so Thammapa asked her mother for advice.

She suggested turmeric as a solution. The Indian spice is a popular remedy for fighting infections.

"At first she painted it on the ringworm, but as there was still a lot left, she decided to paint the whole body to prevent future mycoses," Thammapa said.

Turmeric helps with infections, but has a side effect...

Thammapa can laugh about it now

First, the good news: the treatment worked. The turmeric reduced the itching and prevented the cat from licking her wounds.

Now for the bad news. The yellow coloring covering the feline's previously pristine white coat won't come off so easily.

Ka-Pwong will be stuck with this dye-job for a while. Thamma sees the funny side and focuses on what's important: "My cat may not even know that it turns yellow now. Now the cat is cheerful and eats a lot as usual."

Since cats perceive red and yellow as shades of gray, Ka-Pwong probably doesn't get what all the commotion is about anyway.

But don't go trying this remedy at home without consulting a vet first. Thammapa is hopeful that things will be back to normal soon: "I hope the fungus is cured, I still have to hope that my cat will turn white as well.”

It didn't take long for the photos to go viral on Facebook.

And as more and more users pointed out the resemblance to Pikachu, Thamma provided the internet with the Photoshop edit they had been dreaming of.