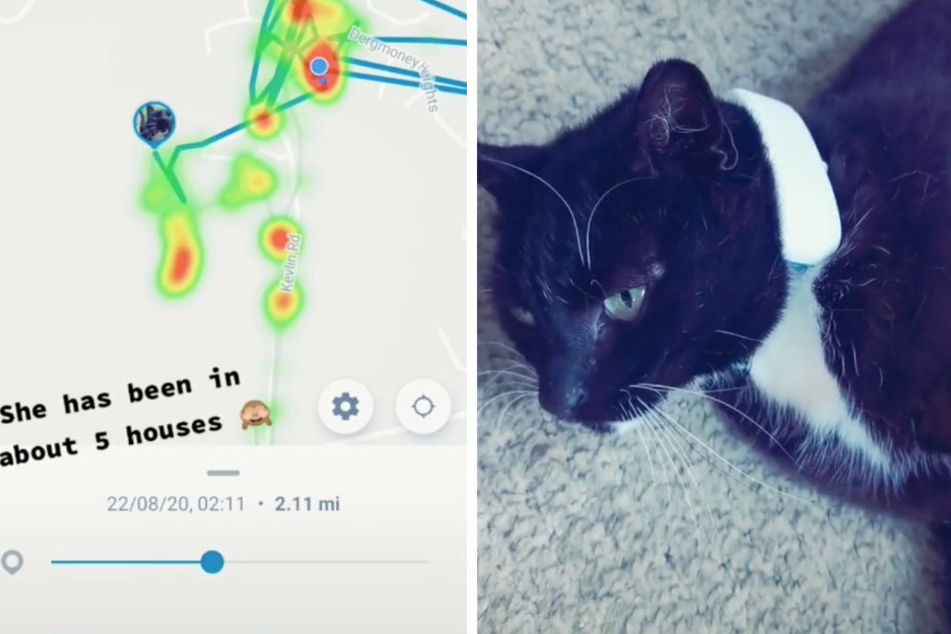 A woman from Ireland wanted to know where her cat went on her daily romps, so she got a cat tracker. The data showed that this cat really gets around!

Ireland - Have you ever wondered where your cat goes when it's outdoors? This Irish woman wanted to find out, so she attached a GPS tracker to her two felines.

Like any good pet parent, Aoife McAleer wanted to know what her cats were up to on their outdoor capers. So she got a cat tracker and posted a video of the results on her TikTok channel. The video quickly went viral because one of these felines really gets around!

According to Bored Panda, Aoife felt like tracking her cat was a bit of an invasion of privacy. But this owner's curiosity convinced her that it was a good idea.

The data proved what Aoife already knew: Jagger likes to roam around. But her doesn't just stroll around the neighborhood. This cat has got an agenda! The clip shows him going to five different houses, sometimes spending time indoors as well.

Aoife told Bored Panda, “I knew that she visited a few houses [...] and was super shocked to see she visited many houses and it looks like she was fed at many also. More interestingly, she actually stayed there for some time." Apparently, Jagger is such a regular with one particular household that he now lives a second life as "Peter".

Aoife posted a second cat tracking video on TikTok. But, as her owner suspected, Cookie doesn't have much wanderlust; so the data turned out to be far less spectacular.

Cookie's TikTok video also has fewer views. Users were much more impressed with moves like Jagger's.

But Aoife said that she loves both of her felines the same, regardless of how far they stray from home.

But as some pointed out in the comments, she should probably keep a closer eye on Jagger, aka Peter, who seems to be sleeping around on other couches.