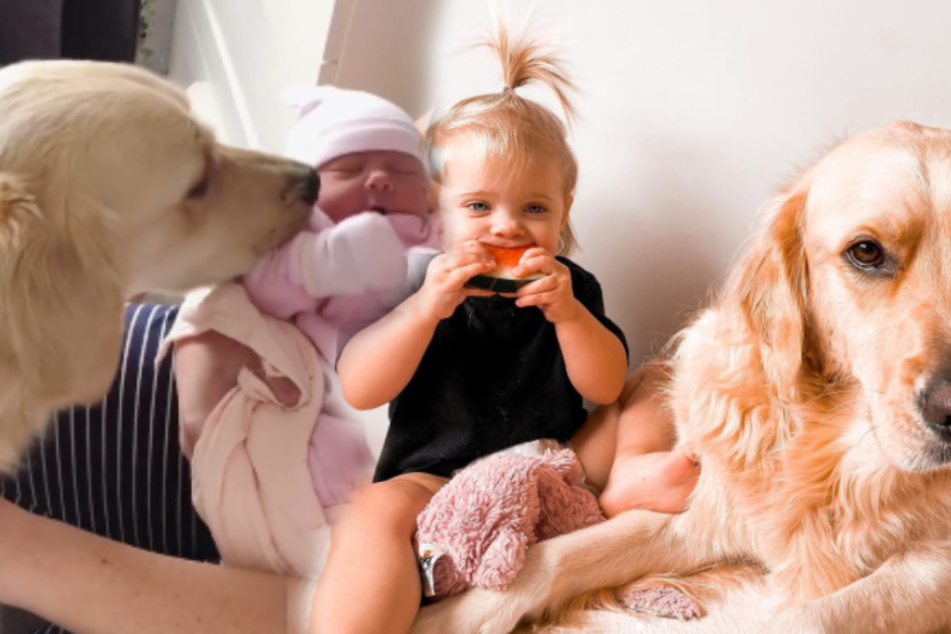 Dog and baby duo is sweeter than any chocolate bunny!

Little Macy and family dog Marshall from Australia are already pretty sweet individually, but together they're overwhelming!.

Canberra, Australia - Put away the chocolate bunnies, it's about to get a whole lot sweeter! Little Macy and family dog Marshall from Australia are sure to melt your heart!

There are now over 19,000 followers on the sweet duo's Instagram page.

It was obvious the two were in love from day one.

When baby Macy was born in September 2019, golden retriever Marshall was ready and waiting. At that time, he was the cutest member of the family, regularly featuring on their Instagram.

If you thought the handsome boy might have been jealous about having to share attention on social media and in the family, you'd be wrong.

From the very beginning, Marshall has been enamored with little Macy, and the two seem to share an unbreakable bond.

In her first post, about a year and a half ago, the newborn is seen lying in her mother's arms while Marshall very gently tries to caress her with his paw. From then on, fans of the golden retriever were blown away.

The dog-baby account has been going through the roof ever since.

Cute since day one: baby Macy and golden retriever Marshall

Macy and Marshall with Father Christmas

In the meantime, the almost-two-year-old is busy munching on melon, while Marshall poses for the camera.

Documenting their beach-ready looks was a must!

Whether it's a shared nap, a doggy birthday party in a party hat, or traditional pics with Santa Claus, these two are meant to be together!