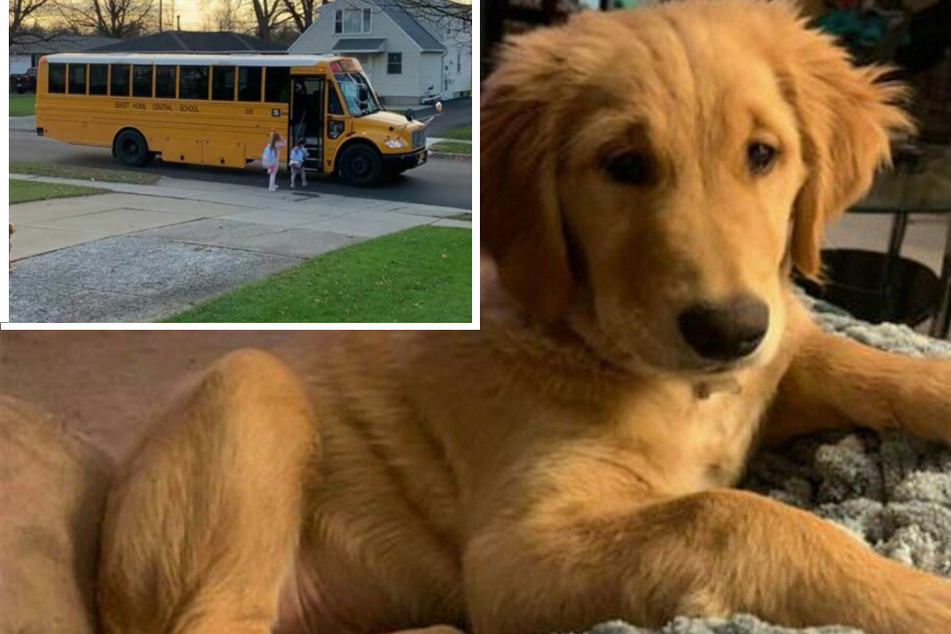 Golden retriever lights up the internet with this sweet morning ritual
Dec 7, 2020 10:07 AM

Golden retriever lights up the internet with this sweet morning ritual

What a faithful companion! Golden Retriever Bentley has only been living with his new family for a few weeks, but he is already taking good care of the kids.

Amherst, New York - Bentley, the faithful golden retriever, has only been living with his new family for a few weeks, but he has already taken on an important responsibility.

Bentley has formed a strong bond with the children in his new home. He shares a sweet morning ritual with Kylie (6) and McKenna (5): each morning the four-legged friend sees off the two siblings as they get on their school bus.

In a Facebook video shared by the girls' mother Melissa Nixon, the handsome dog patiently waits in the driveway until the kids get on the bus.

Bentley doesn't move until the bus has driven out of sight, and he only returns to the house once he's satisfied that everything is in order.

In a conversation with the Daily Star, Melissa said that despite "being energetic and playful, he takes his job of walking the kids to the bus very seriously."

Bentley accompanies the children to the school bus each morning

For her, adopting the golden retriever proved to be the right decision: "He’s such a great pup and learned everything really quickly.”

Melissa added, “The bus driver and monitor say hi to him every morning and he sits very strong and still until he makes sure the kids are safe and then he turns back into his goofy self!”

Bentley also loves to visit the children at after school care in the afternoons: “Sometimes he’s able to go with to pick up the kids and walks right in to greet all of the children.”

The cute clip was well-received on Facebook, getting over 38,000 reactions. "Such a loyal dog," one user commented, and another was equally enthusiastic about the pooch's morning ritual: "So cute."

Many were reminded of their own loyal four-legged protectors and shared their memories in the replies: "Aww. My dog used to wait for me to get off the bus everyday. So cool !!"