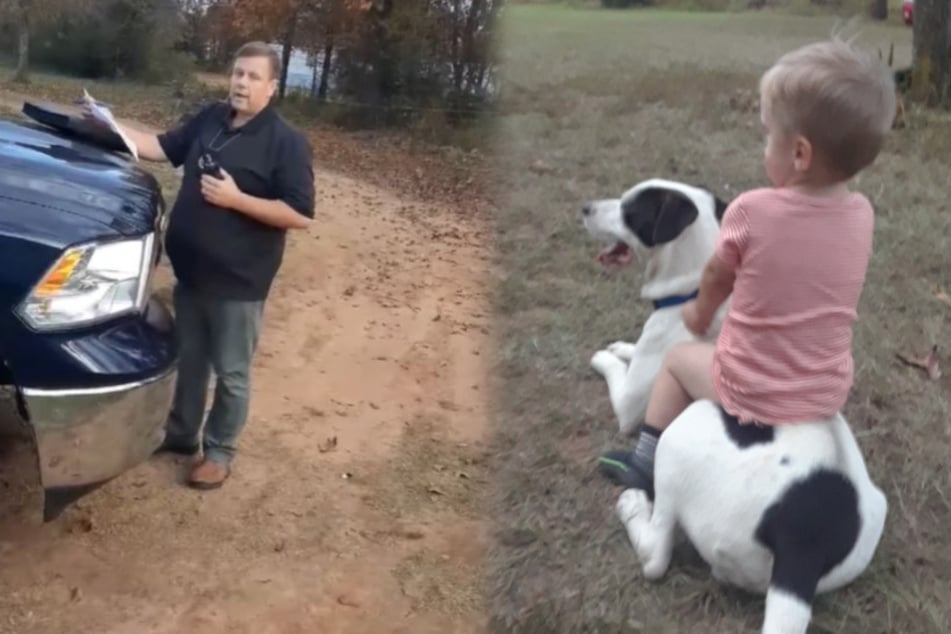 Investigator shoots and kills family dog for an infuriating reason
Nov 17, 2020 10:40 AM

Investigator shoots and kills family dog for an infuriating reason

An investigator drove to the wrong property, pulled out his gun, and shot the family dog.

Faulkner County, Arkansas - A single shot was fired, then it was all over – dog Clide was dead.

As Yahoo News reported, Chris Coiner stormed out of his home in Faulkner County shortly after hearing the gunshot. He furiously confronted the man who had just shot his beloved pet.

It turned out that the dog killer was police officer James Freeman.

In a Facebook video posted on November 10, Coiner goes berserk at the investigator, shouting and asking what he was doing on his property.

The cop stays calm and briefly skims through the documents on his SUV. He explains that he is looking for a "Samuel".

This is when Coiner loses what's left of his temper: "That’s over there you goddamn moron! Get off my property! You shot and killed my dog," he yells, clearly in distress.

And it's no wonder. Clide had died because of a wrong address.

The Faulkner County Sheriff's Office later confirmed that Freeman had been looking for 74-year-old Samuel Hess, who had been convicted of molesting a child in 1997.

Because the authorities did not have a correct address on record, the officer ended up on Coiner's property during his search. Apparently, Freeman felt threatened by the family dog's barking and shot him in cold blood.

In a series of Facebook posts, Coiner later described the heartache his little son is going through, sharing pictures of the two and their special relationship.

"My son has been calling for his best friend Clide all day long," he wrote. "My heart breaks again every day without him."