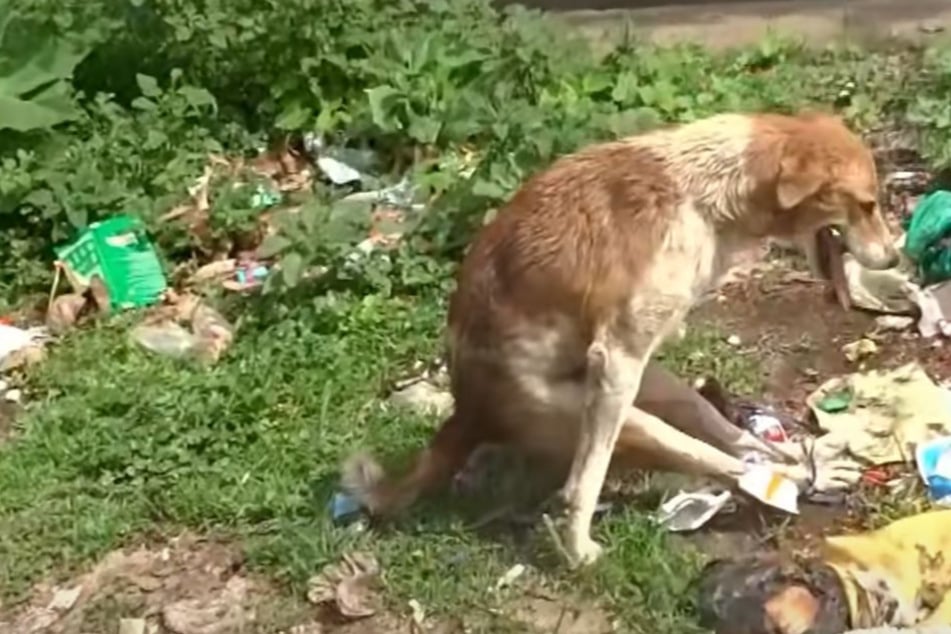 The reason behind this dog's funny pose wasn't funny at all.

Rajasthan, India - When animal welfare workers found this dog next to a pile of trash, he was sitting in a very odd position – not because it was comfortable. He really needed help!

The animal welfare workers from the Indian organization Animal Aid Unlimited found the dog sitting with his hind legs stretched out in front of him like a human trying to touch his toes.

When the rescuers got closer, they quickly discovered why the dog was sitting in such an odd position: his legs were bound together!

At the shelter, they named the pup Comfy. They discovered that not only had someone tied his legs together, but the poor dog also had a spinal injury.

On Wednesday, the organization posted a three-and-a-half minute video about Comfy's rescue and recovery.

The dog needed patience and care

When they first examined Comfy, he enjoyed the special attention even though he was in pain. At first, it appeared that he was paralyzed, but luckily the dog still had sensation in his legs.

After he began feeling better, Comfy started to become very defensive. The injured animal wouldn't let anyone come near him, barking and growling to keep his rescuers at bay.

Comfy's caregivers didn't give up and were gradually able to get the dog to trust them again, but the process was slow-going.

Once they convinced Comfy that they meant him no harm, he began to enjoy physical therapy. Animal Aid Unlimited said the dog needed almost five months of treatment to be able to stand on his two back feet.

Today, Comfy can get around on his own and is a happy, healthy dog thanks to the organization's patience and hard work.