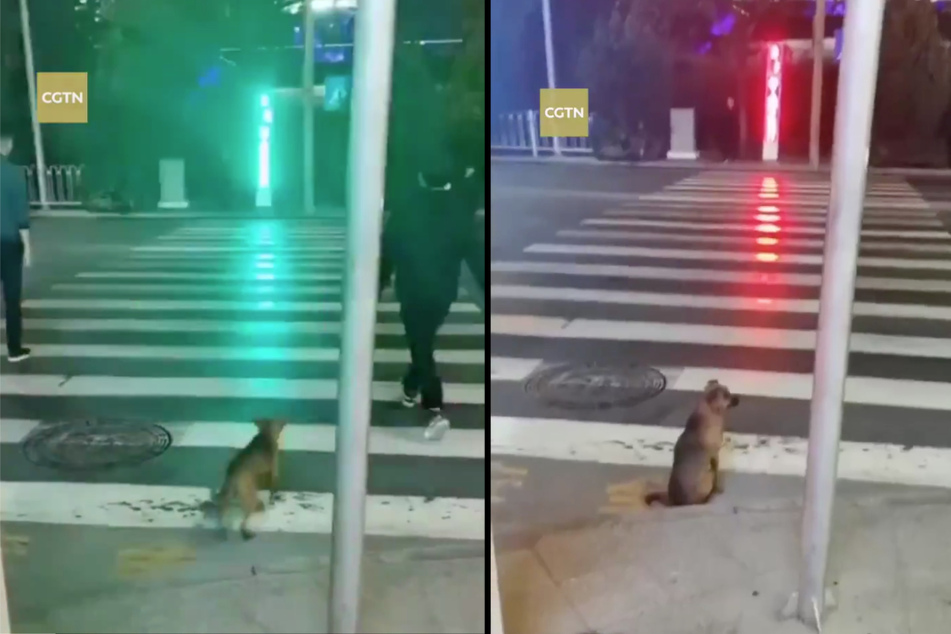 This dog is a stickler for the traffic rules and the internet loves it!

The internet are in love with a video showing a pooch who sticks to the traffic rules.

Lanzhou, China – Dogs can be so smart! Twitter users are in love with a video from China showing a pooch who sticks to the traffic rules.

Red means stop and green means go. Children learn these rules of the road at a very young age. But the fact that this stray dog also understands and follows the rules is pretty amazing.

A man named Mr. Ge recorded the clip in the city of Lanzhou on November 13. In it, a dog is waiting patiently at a cross-walk for the light to turn green.

The man spotted the animal sitting on the street corner all alone. It watched several cars pass by. As Mr. Ge recorded the astonishing scene, a good 40 seconds went by until the road was clear.

Then, as soon as the traffic light turned green, the little dog trotted off and crossed the street, just like a human would do.

This stray obviously figured out that it would have to follow the rules to stay alive in a big city. Just take a look at Mr. Ge's gilarious clip:

How did the dog know the light was green?

The Chinese Global Television Network (CGTV) posted the clip and it got a lot of attention on Twitter.

Several users were amazed that the animal was smart enough to follow the traffic rules. Some thought that the dog was more patient that humans: "Amusing! This city dog is more civilized than some people who beat the red light !"

But one person pointed out a very important detail: "The dog can't tell red and green colors, it follows man's steps only."

That observation is actually correct: while they aren't completely colorblind as is often assumed, dogs can't tell the difference between green and red. This makes the dog's patient waiting even more impressive.

But it's also likely that the dog just waited for the humans around him to move before crossing a dangerous-looking street.