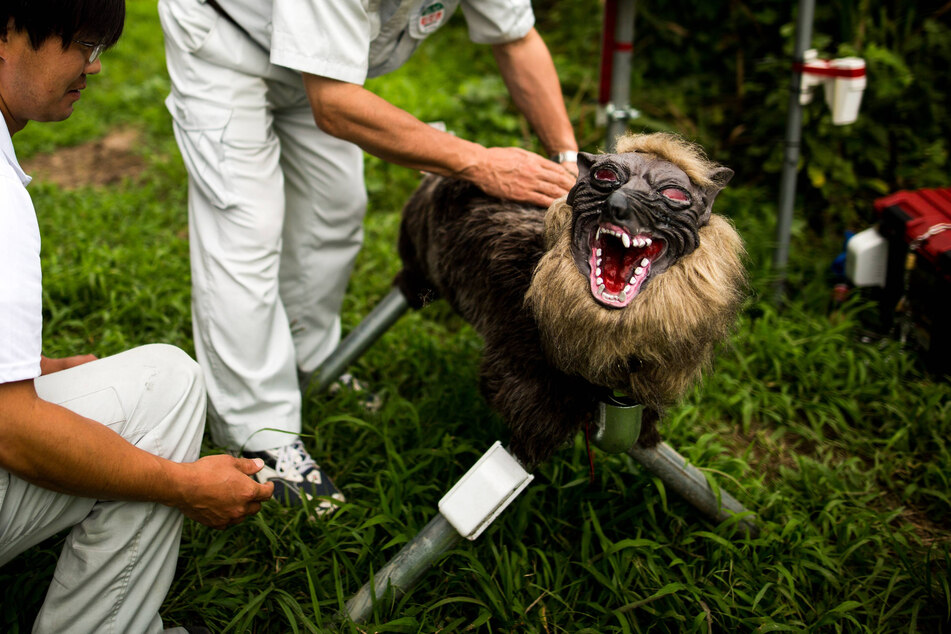 Bears have become more and more of a dangerous nuisance in Japan, so one city decided to use some typically innovative technology to deal with the problem.

Takikawa, Japan- How do you deal with wild animal sightings? In Japan, you use technology. The city of Takikawa installed horrifying robot monsters to protect its citizens from nature's wild furry inhabitants.

Local officials told the New York Times that the number of bear sightings in Japan have reached a five-year-high. The danger to humans is also increasing. Over the past year, wild bears have injured several people and even killed two persons. Some of the animals had to be shot.

In the city of Takikawa, located on Hokkaido island, wild bears have become such a nuisance that the authorities have decided to take action. Officials decided to use a mechanical device to deal with the natural problem: they installed "Monster Wolves".

These mechanical monstrosities were developed by the industrial manufacturer Ohta Seiki. They are 2.6 feet tall and 4 feet long and apparently when they are placed on hills, they are great wild bear deterrents.

The terrifying invention are designed to scare the living daylights out of any potential prowlers. They have fake fur, red glowing eyes, and their heads turn from side to side.

And unlike real wolves, they don't just howl. They also screech and emit sounds like dogs barks, gun shot, and a human voices. According to Shuji Sasaki, director of Wolf Kamuy, the company that maintains the "wolves," they can make over 60 different sounds. This is to keep bears from becoming overly familiar with any one sound and feeling emboldened to come rummaging for food.

The two mechanical monster wolves that were installed in September and October in Takikawa have been a real success. One was placed up in a residential neighborhood and the other in a field near a suburban area. Since they were set up, there have been no bear sightings.

Mechanical wolves were first introduced in 2016 to protect crops.