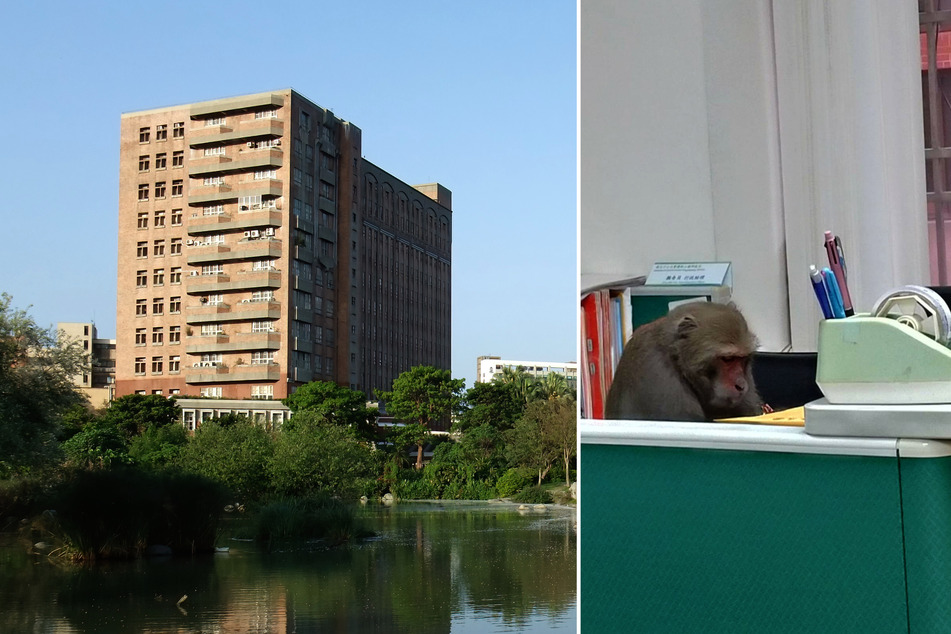 This highly motivated monkey doesn't even think about taking a break. And so he uses the quiet time to catch up on work!

Kaohsiung, Taiwan - It's winter break at National Sun Yat-sen University in Taiwan – but not everyone can afford to take some time off.

Last Wednesday, Chang Morgan, an employee at the university, shared a hilarious post on Facebook, in which he reported on his pretty unusual day.

Despite the break, he had to go to the office to do some work. But when he walked into the office, he was surprised to find a small, over-motivated worker already there.

A busy macaque sitting at the desk, hammering away at the keys!

Somehow, the little monkey managed to quietly gain access to the building.

Now seemingly absorbed in a difficult task, it sat there with a furrowed brow and didn't even look up to notice Morgan entering the room.

Monkeys on campus are not so unusual in Kaohsiung

What would seem incredibly surreal to most people is actually not so unusual in Kaohsiung, Taiwan.

According to the Taipei Times, the campus lies within the habitat of the Formosan macaque and the animals have always been known to explore the school.

"There have been multiple incidents of macaques sneaking into student dormitories and taking packages of instant noodles or disturbing belongings," Huang I-yu, the university's senior vice president, told the newspaper.

"We're currently on winter vacation, but look who came to work in NSYSU’s Institute of Communications," Morgan captioned the picture of the monkey and took the hearts of his Facebook friends by storm.

Comments like "I can't stop laughing!", "This is so incredibly cute..." and "What a hard working little guy!" flooded the post, which got over 7,500 likes.

What exactly the macaque was working on is something we'll probably never know. But the workaholic monkey clearly deserves took taking a few days off now!