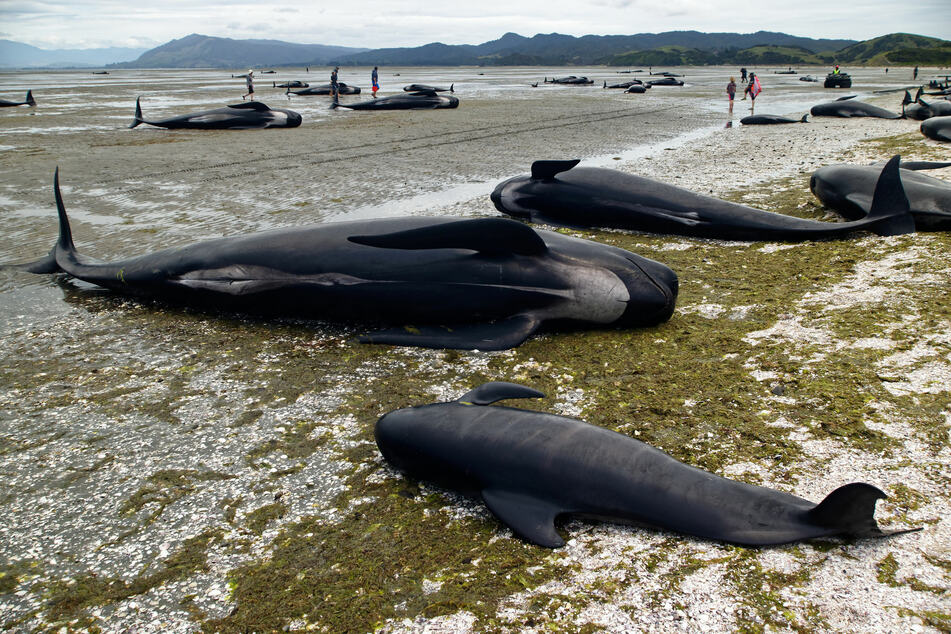 At least 45 short-finned pilot whales have been stranded on a beach in Indonesia.

Jakarta, Indonesia - At least 45 short-finned pilot whales have been stranded on a beach in Indonesia.

East Java Governor Khofifah Indar Parawansa said that most of the animals died off the island of Madura, east of the main island of Java.

On Friday, she said, "We have been trying to rescue them since Thursday, but because of their tremendous weight, it has been extremely difficult to get them back into the sea."

Only three of the whales could be rescued and returned to the open waters, according to ABC News.

The cause of the mass stranding is unclear, but authorities are looking into the incident.

Short-finned pilot whales belong to the dolphin family. The black or dark gray mammals can grow up to 22 feet long and weigh up to four tons. They are can typically be found in all tropical and subtropical seas.

These whales are not considered endangered, but over-fishing has taken a toll on the species in recent decades.