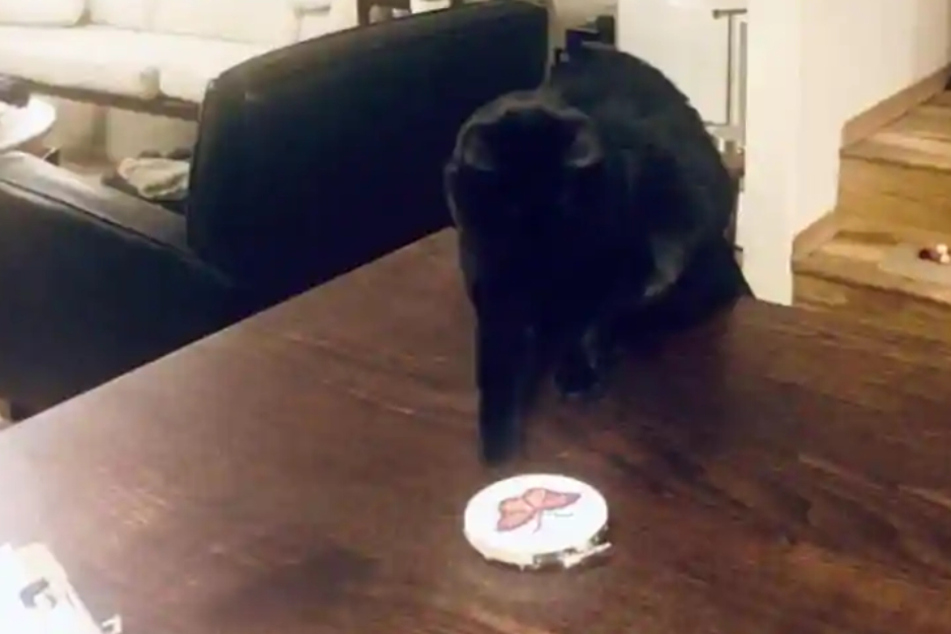 Scaredy-cat battles harmless object and the internet loves it
Dec 3, 2020 8:00 AM

Scaredy-cat battles harmless object and the internet loves it

A viral video of a cat being terrified by a harmless object is making thousands of Reddit users laugh.

Internet - This black can is definitely not a fan of cross stitch embroidery!

Every cat owner knows that their feline friends can turn anything into a toy. But equally, there's a potential terror hiding behind every item in the house, Reddit user Fleajab's video proves.

The epic encounter plays out on a table, as the furry pet first reaches out tentatively with one paw to tap the embroidery. It's already obvious that the cat is approaching this strange, unfamiliar thing with maximum caution.

Does it think that the butterfly pattern is actually a real insect?

With each swipe the of its paw, the cat gets bolder. But it might just be getting a bit overconfident: when its claw gets snagged on the edge of the embroidery ring, the small object moves closer, causing the fur ball to recoil.

After flinching, curiosity gets the better of the cat and it continues to play with its new toy. It bats at the cross stitch a few more times, but one final swipe pulls the embroidery towards itself.

This sudden movement is too much for our four-legged hero: it instantly jumps ship with typical feline speed, springing off the table like it just got an electric shock.

The clip quickly got more than 9,000 upvotes. The commentors love the clip. One wrote, "one of my favorite things ever is when cats knock something towards themselves then get scared."

Another replied that this video prove why cats, not dogs, are internet's true stars: "There’s a reason cats rule the internet. They’re just too damn funny." A controversial statement for dog lovers no doubt.