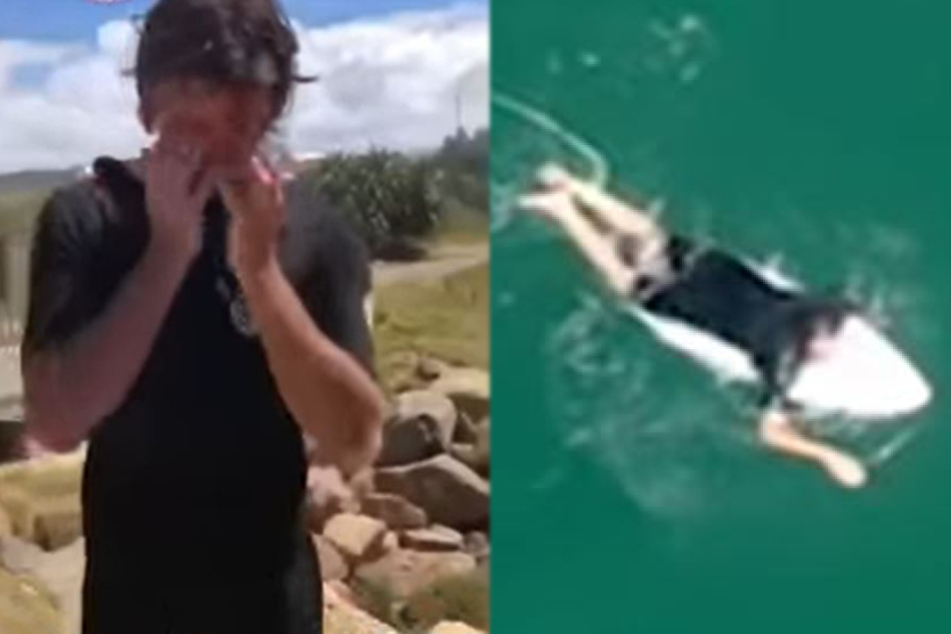 Professional surfer Matt Wilkinson had no idea how close a shark came to taking a bite of him.

Ballina, Australia - Professional surfer Matt Wilkinson was shocked when he saw the footage of him paddling back to shore on Wednesday. He had no idea that he had just had a very close call.

The Daily Star reported that 32-year-old was catching some waves at Sharpes Beach in Ballina, Australia, when a drone suddenly appeared above his head.

The water safety and rescue organization "Surf Life Saving NSW" spoke to the Australian through the drone's loudspeaker. They told him to start immediately swimming back to shore because there was a dangerous shark in the water.

The surfer followed the instructions and paddled back to shore. When he got back on land members of the rescue team showed him the drone footage.

When Matt Wilkinson saw the footage, he was shocked to see that the shark circle back to get right behind him. The huge predator approaches the young man at breakneck speed and then, at the last possible moment, veers away from the surfer's legs.

The young man couldn't believe how lucky. He described the moment, "I was surfing out the back at Sharpes Beach and just cruising on my own and I heard a splash and a noise and looked around and couldn’t see anything."

He added that it looks the shark had been "going for my leg and it’s changed its mind."

Beau Monks, who was piloting the drone, said he was stunned by the shark's speed and added, "It sort of came out of nowhere, then went right up to Matt. It moved pretty fast. I was tracking it and notified the lifeguards and used the speaker on the drone to get everyone out of the water."

Pro surfer Matt Wilkinson said, "I’ve been surfing with sharks my whole life and I understand they’re there and know enough about them to know they have not too much interest in humans."

Wilkinson said it felt pretty "weird" to see how close he had come to getting bitten. He might be watching his back the next time he goes into the water.