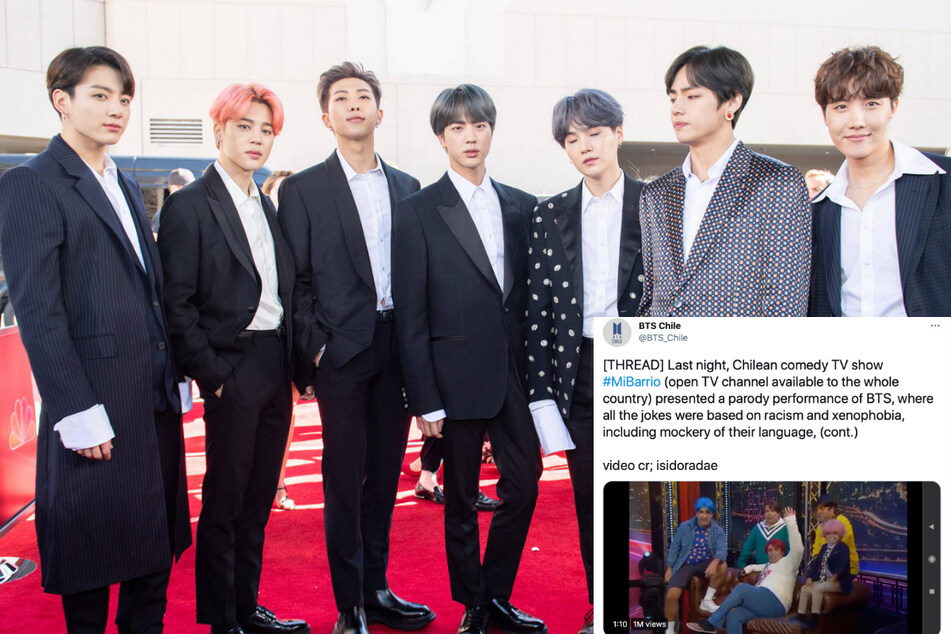 A Chilean TV show has faced heavy backlash for a sketch about the K-Pop sensation BTS.

Santiago, Chile - A Chilean TV show is facing heavy backlash for a sketch about the K-Pop sensation BTS.

The short sketch on the show Mi Barrio aired Saturday on the Mega Channel in Chile.

In it, the Chilean comedians lampooned the South Korean band by putting on a Korean accent and referring to the band's members as "Kim Jong-Uno," "Kim Jong-Dos," "Kim Jong-Tres," "Kim Jong-Cuatro" and "Juan Carlos."

BTS fans, who collectively refer to themselves as ARMY, have since rallied in support of the magic 7, and outrage about the Mi Barrio sketch went viral all across social media.

With the hashtag #RacismIsNotComedy trending on Twitter in the US on Sunday night, fans and non-fans alike pointed out the dangerous link between xenophobic rhetoric and a surge in anti-Asian hate crimes all over the US and worldwide, The New York Times reported.

"There is NOTHING funny about racism, especially in a time where Asian hate crimes have been rampant around the world. This is disgusting," wrote one Twitter user.

The incident comes just weeks after Bayern 3, a radio station in Germany came under fire when their radio host compared BTS to the coronavirus during a furious on-air rant that was widely perceived as racist.

A Chilean fan account, BTS_Chile, shared a thread of the incident on Twitter, including translations of the sketch and updates on the story. They also called for users to file a formal complaint against Mi Barrio with the country’s regulatory body, the National Television Council.

The show has since issued a vague statement on Instagram, writing: "We will continue to improve, learn, listen and strengthen our intention: to bring entertainment to families."

Just weeks earlier, BTS spoke out against anti-Asian racism in a statement released in March.

"We recall moments when we faced discrimination as Asians. We have endured expletives without reason and were mocked for the way we look. We were even asked why Asians spoke in English," they wrote.

"We stand against racial discrimination. We condemn violence. You, I and we all have the right to be respected," the message concluded.