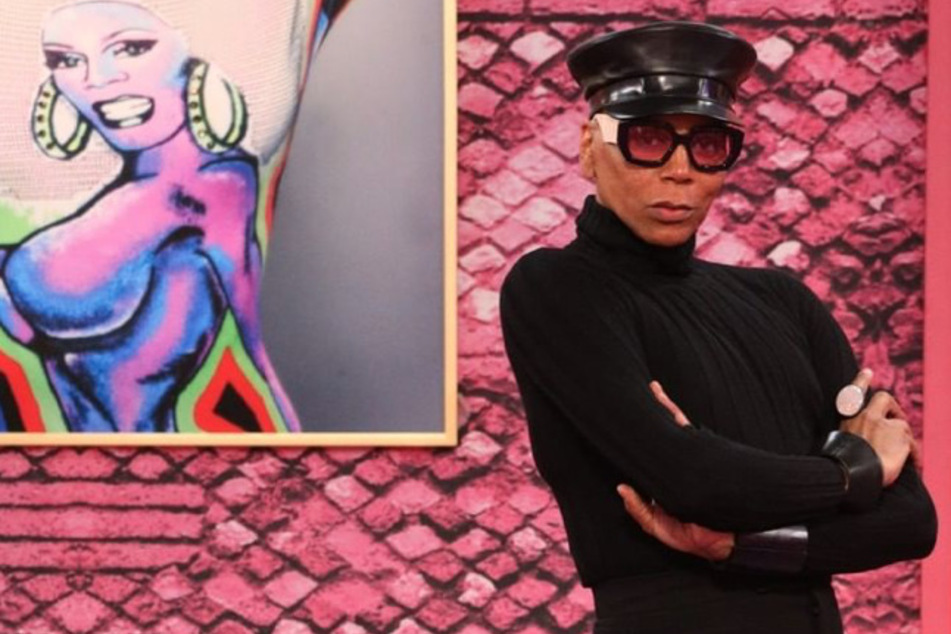 Who got to claim the crown as comedy queen of the week?

Los Angeles, California - Episode Seven of RuPaul's Drag Race tested the queens' acting skills with an "improv for your life" challenge on the set of the Ross Mathews talk show, Bossy Rossy After Dark. Who got to claim the crown as comedy queen of the week?

The prior episode saw the drama between rivals Kandy Muse and Tamisha Iman reach a pinnacle after a disco-themed dancing challenge landed both queens in the bottom two.

While Tamisha had to sashay away after losing the Lip Sync For Your Life challenge to Kandy, she left as winner of many fans' hearts. Back in the Werk Room, Kandy confessed she thought it would have felt more satisfying to kick her frenemy out of the show.

But all was forgotten, when RuPaul came down the steps in a fierce, all-black outfit and peep toes to announce this week's themes. And to open the Library.

Yes, we have reached the point of the season we've all been waiting for, where the queens "read" each other to filth. What better way to set the tone for the episode than to start it off with a good roast?

Symone's and Gottmilk's shade-throwing left the girls in tears (of laughter). Meanwhile, Elliott with 2 Ts had a tough time getting any reaction from the queens. After Gottmilk was crowned winner of the roast, it was time for the maxi-challenge: Bossy Rossy After Dark.

Denali and Rosé, two pregnant women, improvised like there was no tomorrow, whereas LaLa Ri struggled to get the spotlight. Olivia Lux and Symone slayed the challenge as their characters Cheryl the ex-mime and Lil Deb Deb a.k.a. DebOrah. With ease and a solid grasp on her character, Symone had the jury and queens in stitches with a hilarious performance.

All the while, Kandy tried not to be "over the top," but her approach backfired as her scene was dead up until the point that Gottmilk and Symone brought in their larger-than-life energy.

While Tina Burner relied on some slapstick for comedic relief, Elliott didn't get many jokes in.

The Library Reading is back:

Elliott with 2 Ts dropped jaws in the LSFYL challenge

From the acting stage, the queens sashayed on to the runway, showcasing their best bead-themed styles.

While Denali shined in her chandelier inspired outfit, Symone dropped jaws with a unique two-piece design and beaded hair.

The judges named Olivia Lux the winner of this week's challenge. LaLa Ri and Elliott's lousy performances landed them in the bottom two, and they were ready to lip sync for their life to Whole Lotta Woman by Kelly Clarkson.

While most expected LaLa Ri to outperform Elliott, the underrated queen stepped up her game and proved everyone wrong. Not only did she have the moves down (including two impressive splits), but she also knew the words by heart. That's what saved her life on the show.