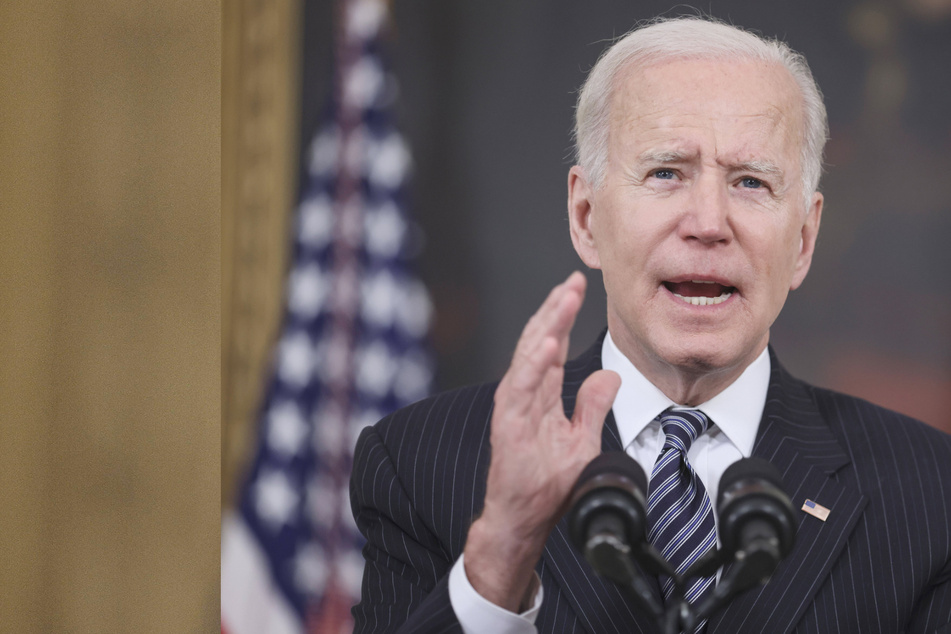 Biden directs states to open Covid-19 vaccine eligibility to all US adults by mid-April
Apr 7, 2021 1:45 PM

President Joe Biden said he is directing US states to open coronavirus vaccine eligibility to all adults by April 19.

By the end of March, around half of states had announced they had opened vaccines to all residents ages 16 and older, NPR reported.

Four states – New York, Wyoming, South Carolina, and Arkansas – have since followed suit, with more indicating their readiness to do so by mid-April.

The president did not clarify how he planned to get the remaining states to open eligibility.

With an average of nearly 3.1 million injections per day over the last seven days, nearly one in every four US adults are fully inoculated.

That amounts to around 18.8% of the national population fully vaccinated, with around 32.4% already having received a first dose, NPR calculated.

Meanwhile, White House Press Secretary Jen Psaki confirmed that there would be no federal requirement for Americans to get vaccine credentials or enter into a national vaccination database, CNN reported.

Instead, she said the private sector will be primarily responsible for the "determination or development of a vaccine passport, or whatever you want to call it."

Texas Governor Greg Abbott has already issued an executive order banning the use of vaccination passports in his state.