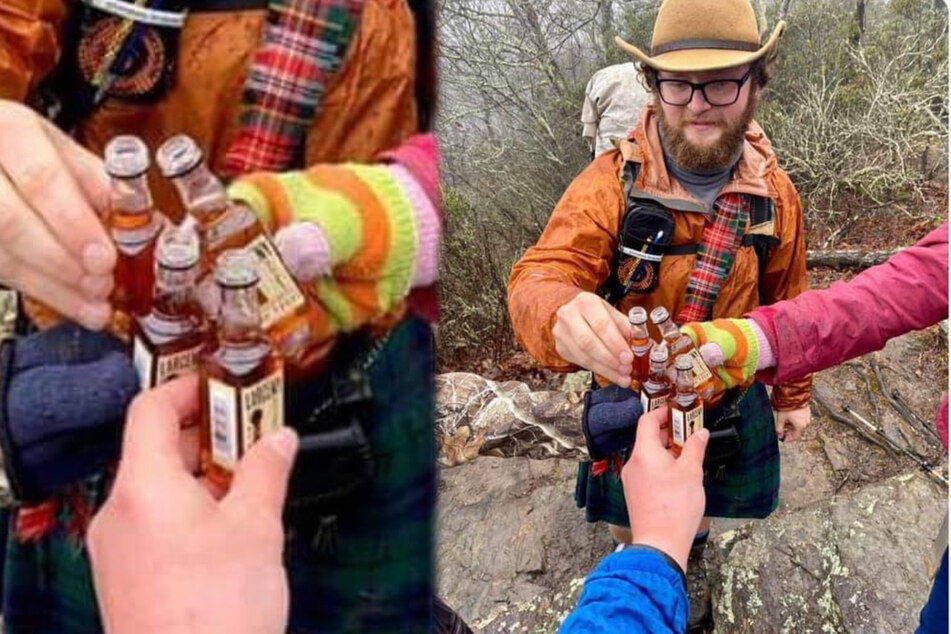 Four bottles but only three arms? What is going on in this picture?

This photo is giving thousands of Reddit users a headache. Why are there four bottles but only three arms? Is this some kind of witchcraft?

Internet - This photo is giving thousands of Reddit users a headache.

The image was uploaded on Saturday by u/BalrogBunghole and has been the subject of debate ever since.

"I swear there's four of us," the user captioned the picture.

Indeed, there are four bottles ready to toast, but for some reason, there are only three arms in the picture. How in the world is that possible?

Was one of the bottles perhaps balanced between the others? No!

Even if it doesn't seem like it at first glance, there is actually another arm in the picture! But where?

If you look at the bottles and slowly shift your gaze to the left, you will notice an arm that is hardly recognizable at first. That's because it looks so similar to the ground the people are standing on.

What a great camouflage pattern!

By now, more than 50,000 Reddit users have liked the post, many of whom fell for the illusion.

"I'm embarrassed by how long it took me," one user commented, while another wrote: "Once you do see it though its glaringly obvious and stands out in the picture. Brains are weird."

"Yea that took me way too long. I was convinced it was one of those 360 degree camera clitches," a third admitted.

This camo jacket has definitely proven itself!