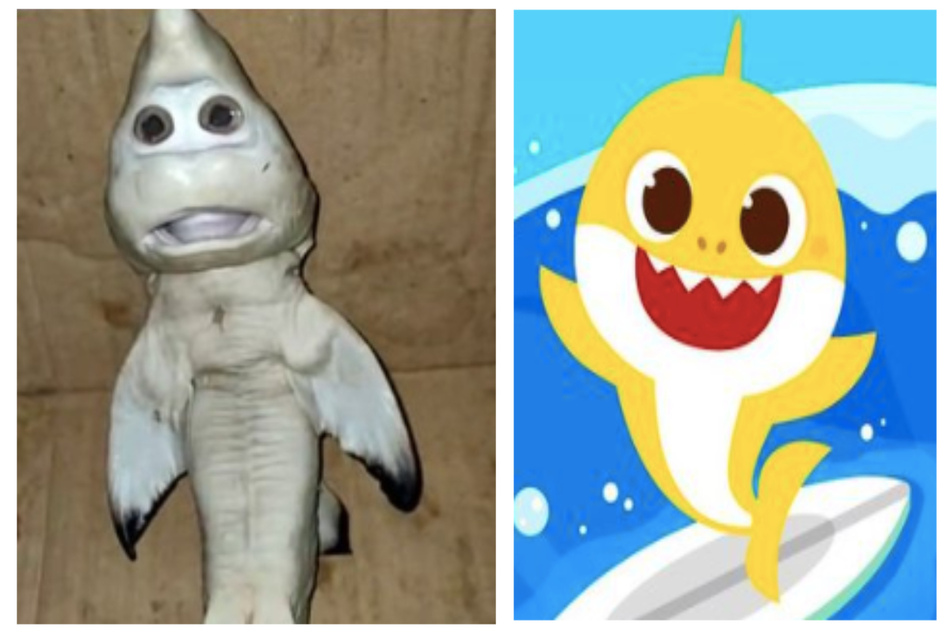 A baby shark with a human face?

Labuan Bajo, Indonesia - A freakish fishing find has an Indonesian village buzzing about a crazy catch that was pulled out of the sea.

Brothers Abdullah and Nuren Ferro were fishing off the coast of their Indonesian port village on Saturday night when they found a mother shark tangled in their nets, according to a local news portal.

When the siblings cut open the mother shark's stomach the next day, they couldn't believe the oddity that they found inside.

Two shark hatchlings looked normal, but the third fish had a human-like face!

The catch bizarrely resembled the famed Baby Shark – a viral children's song and video with over 8 billion views. It has become the most-viewed video YouTube video of all time.

The mutant fish's large round eyes set above its mouth instead of on the side of its head were weirdly similar to that of the beloved cartoon character.

"We are shocked," Nuren Ferro exclaimed.

A fishing village is curious about the strange shark

The fishermen said that there have been many onlookers itching to catch a glimpse of the peculiar shark. And there are some who have offered to pay a hefty price to take the hot commodity off their hands.

But Nuren Ferro has refused and preserved his find, seeing it as a good omen that will bring him luck.