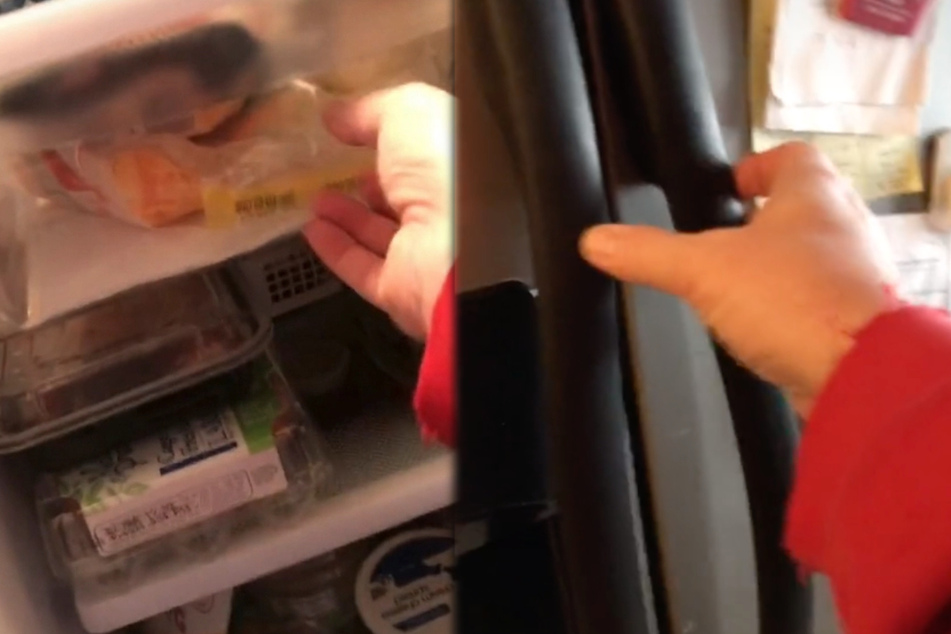 TikTok users can't believe what this man keeps in his fridge!

Steve loves cheese so much that he's dedicated a drawer in his fridge to the diary product, but that's not all he likes to keep cool.

Internet - Steve loves cheese so much that he's dedicated an entire drawer in his fridge to dairy – but that's not all he likes to keep cool.

Steve posted a video on TikTok to showcase the drawer he has dedicated to storing cheese.

In the clip, he opens his fridge to reveal the compartment of dairy delicacies like brie, cheddar, and shredded cheese.

While showing off his stash, he says, "So wait, doesn't everybody have a drawer in their fridge completely dedicated to cheese... just me?"

But few, if any, TikTok users were surprised by the cheese section in Steve's refrigerator. The 7.4 million users who saw the clip were much more interested in the rest of the fridge's contents – specifically, in what Steve was storing right above the cheese drawer.

It seems Steve keeps a whole shelf full of DVDs and Blu-rays, including classics like The Dark Knight and Fargo, in his fridge.

In the comments, people joked about the movies' expiration dates. Others asked: "Blue ray or blue cheese??" and "Why do you have DVD's in your fridge?"

Another said, "Please tell me 'Frozen' is in the freezer."

Steve has a really cool collection

Steve posted a follow-up video to explain why he stores his movies in the fridge.

"Since so many of you really want to know why I have DVDs in my refrigerator, well, for one, I love movies. I bought this house because I have a movie theater in my house."

He continues to explain, "Second, I was reading this article in Weekly World News back in the late '90s about how keeping your DVDs at a temperature below 40 degrees can make them play better, the sound would be better, and the picture would be a lot clearer. [...] The best part is, when people ask what movies I have, I say I have the coolest movies around."

Steve says he has been storing his DVDs like that for 27 years, but who knows if he was serious or if he was just pushing the joke to the extreme.