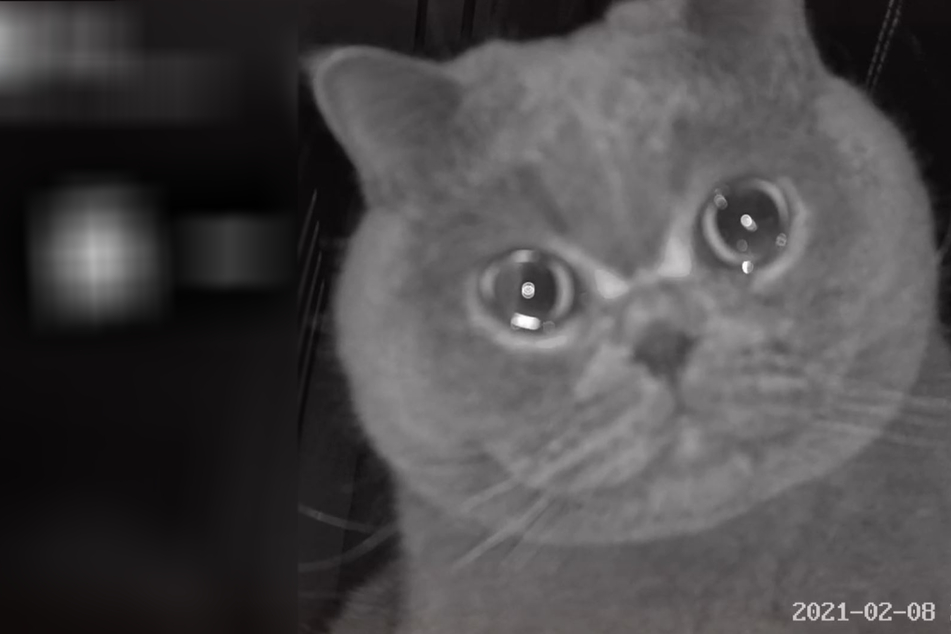 This crying kitty breaks his owner's – and the internet's –heart

This fluffy feline sure looks like he's crying, and his owner is pretty sure she knows why.

Xuzhou, China - This fluffy feline sure looks like he's crying, and his owner is pretty sure she knows why.

Ms. Meng from Xuzhou, China, made sure her cat Fu Fu had everything he could possibly need before she left the animal alone for a few days.

The Chinese woman left her cat while visiting her parents to celebrate the Lunar New Year.

Ms. Meng left the large gray kitty enough food and water for the days she would be gone.

While she was away, she checked on her beloved pet by watching surveillance footage regularly. But Ms. Meng's security system doesn't just let her look in on the cat; she can also talk to him.

According to the Daily Mail, what Ms. Meng saw on February 8 while talking to Fu Fu nearly broke her heart. She used her smartphone to call her pet, and he immediately ran to the camera and peered into it with watery eyes. It looked like hearing his owner's voice had moved the poor cat to tears.

Ms. Meng told the Daily Mail that she had not taken Fu Fu to her parents' house because the cat was very shy, and she was worried he wouldn't be comfortable there.

The image of Fu Fu crying into the camera was too much for Ms. Meng, so she uploaded the 17-second video to Douyin (the Chinese version of TikTok).

The clip went viral and now has more than eight million likes.

In the video, Ms. Meng's voice can be heard asking Fufu, "Do you miss me?" and assuring the cat that she would be back in a few days.

But Fu Fu's tears proved too much for the worried cat mom: "I had planned to stay at my parents' home for a week, but we all returned to Xuzhou early."

Ms. Meng documented Fu Fu's response to her return home. In the video update, Fu Fu can be seen running joyfully towards his owner as she walks in.