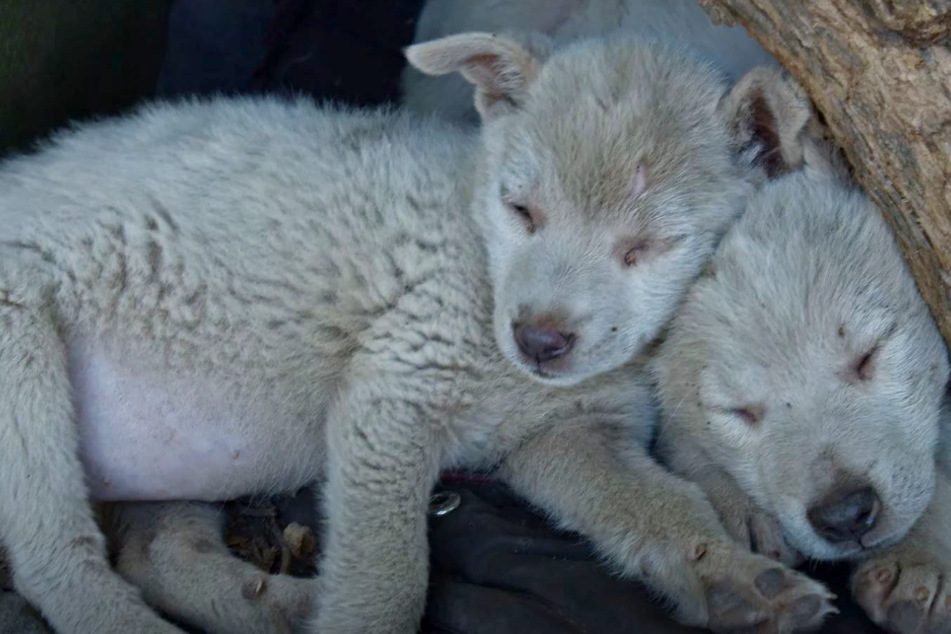 Lonely puppies wander around on dangerous train tracks before being rescued
Oct 29, 2020 11:18 AM

Lonely puppies wander around on dangerous train tracks before being rescued

Three puppies wandered around the railway tracks in the middle of nowhere in the Ukraine. Abandoned and lonely, with their mother nowhere in sight, they were luckily discovered by a woman who wanted to help.

She took care of the dogs as best she could for about two weeks, before deciding to call in the animal welfare organization Love Furry Friends.

On Wednesday, the team took to YouTube and uploaded a nearly ten-minute-long video about the heartbreaking story.

Right from the beginning of the clip, the danger that the little puppies were in becomes strikingly clear. Their shelter is very close to the tracks and a train speeds past the camera, emphasizing the threat that the dogs faced if the every strayed from their chosen spot.

There was no other way: Love Furry Friends had to help!

Rescuing the dogs turned out to be diffcult

Anyone who knows Love Furry Friends should be aware that they never come empty-handed.

When the team members arrived, they had dog food and water for the little puppies with them to lift their spirits.

After filling their tiny tummies, the rescuers then tried to gain the dogs' trust – which turned out to be a lot harder than expected.

One of the puppies ran away in fear hid in the nearby bushes. It took quite a while until the women were finally able to convince the puppy to approach them again. But they succeeded and shortly afterwards all three pooches were in a car on their way to the vet.

There, they were tested for diseases, got their fleas and worms removed, and received all the necessary shots. During the entire examination, they were so exhausted that they had trouble staying awake.

Love Furry Friends have already placed two of the dogs with new families. Only the little lady Lola is still waiting for her forever home.