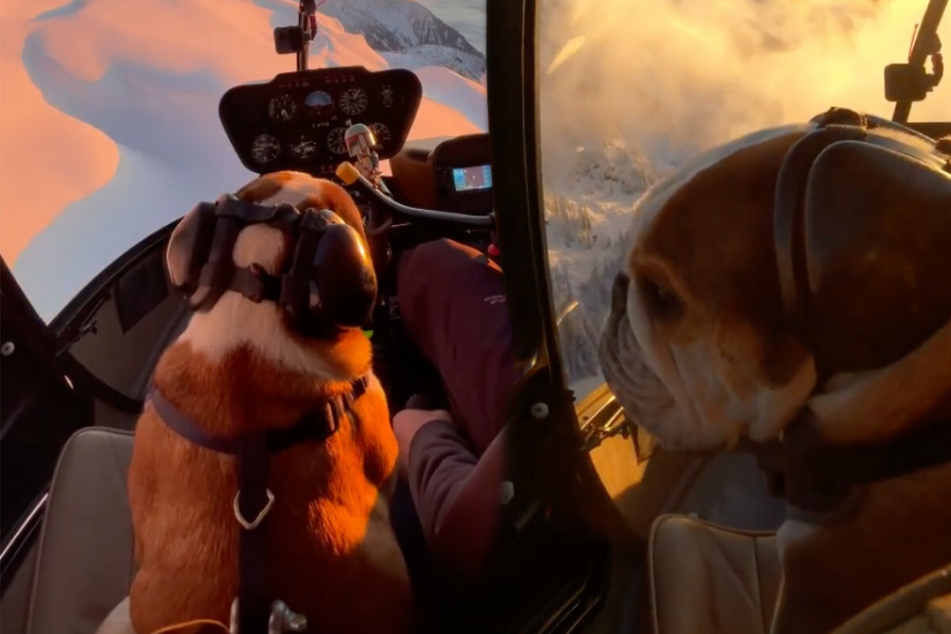 Pupper co-pilots chopper: the internet can't get enough of this high-flying dog!

Mister Bentley the dog is his owner's co-pilot. Pictures and videos of him doing his job fascinate social media users around the world.

Vancouver, Canada - Have you ever wondered what it would look like if a dog could fly a chopper? Even if you haven't, there's a canine co-pilot in Canada captivating the internet.

The dog wears a headset and sits in the front seat of a helicopter, soaring over snow-covered mountains.

The pictures are so amazing, it's hard to believe they're real – but they are!

Bradley takes Mister Bentley on a lot of flights and shares pictures of their adventures on Instagram.

Even though it might look like the dog is doing the flying, viewers needn't worry. The dog isn't in the pilot's seat. He's riding shotgun. According to an Instagram description, co-pilot Mister Bentley's duties include the following: "sit there," "be a good boy," and "Pound It."

Thousands are fascinated by Mister Bentley's ability to remain calm during aviation adventures.

Mr. Bentley has thousands of fans on social media

The dog and his owner from Vancouver are always up for a good time, and they know that sharing pictures of their road trips or funny costumes delights their fans.

On TikTok, the animal star regularly makes people's days with sweet videos of his adventures.

But Mister Bentley doesn't just have fans online. He also gets along with pretty much everyone offline: even cats. In fact, the bulldog has a Scottish fold cat for a little brother. The feline's name is Sir William Wallace, and he also has an Instagram account.

Unlike Bentley, Sir Wallace hasn't been flying with Bradley Friesen, but then again, there's only enough space for one co-pilot in the chopper.