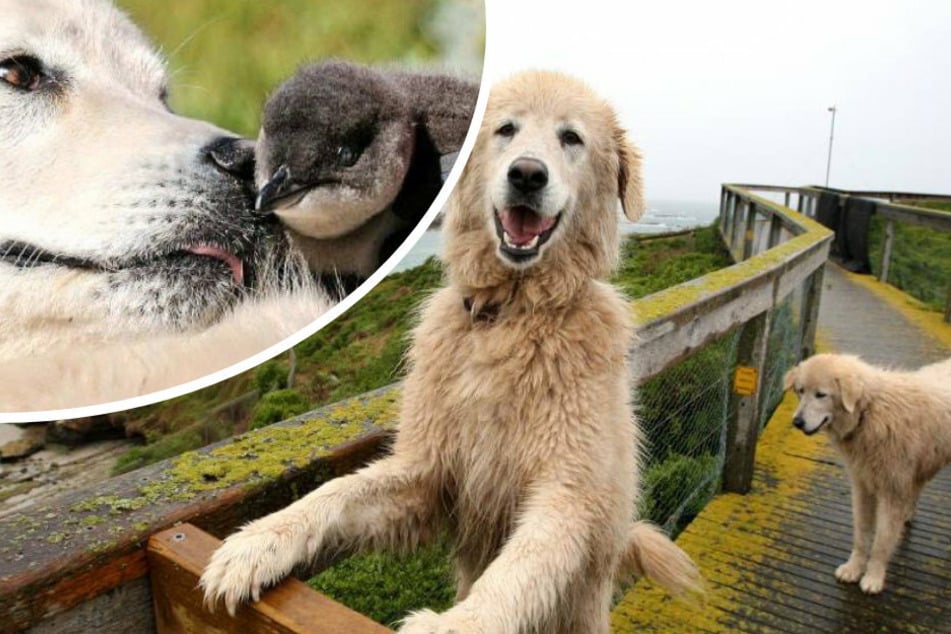 These dogs protect penguins, but now they too need some help!

In Victoria, Australia, Italian sheep dogs protect penguins, but the coronavirus pandemic has taken away the project's source of income.

Victoria, Australia - Aren't these the cutest penguin protector's you've ever seen? Since 2006, penguins on Middle Island off the coast of Victoria, Australia, have been protected by Italian sheep dogs, but now the pooches need some help themselves.

Lots of penguins make their nests on Middle Island, but they are threatened by foxes. A local chicken farmer had an ingenious idea: since it worked for protecting his free-range chickens, why not use Italian shepherd dogs – also called Maremmas sheepdogs – to protect the penguins?

In 2006, the Middle Island Penguin Project (MIPP) started using the dogs to protect the penguins and it has being going strong ever since.

According to the Warnambool Penguins website, the project has been a huge success because the dogs chase away the foxes and look after the world's smallest penguins. Also since 2006, the island has been closed off for tourists, to prevent trampling of the penguin's nests.

Thanks to the dog's protection the penguin colony has increased significantly and the trained Maremmas are an international sensation. Their story even inspired the movie Oddball (2015).

But most of the MIPP's funding comes from tours at Flagstaff Hill Maritime Village where visitors can meet the Maremmas and learn about conservation and their work.

But due to coronavirus pandemic these tours can't be offered right now. That means that the project is cut off from its main source of funding and the dog's need some financial support.

To raise money for the dogs the MIPP set up a GoFundMe platform to cover the dogs expenses.

Their initial goal was to raise the equivalent of almost $20,000. According to the organizers, "All funds raised will go towards providing training and care for the guardian dogs, maintaining their housing and covering the cost of transporting dogs to and from Middle Island."

It might seem strange that the dogs need transportation to and from Middle Island, but they are only on the island during breeding season. The money raised will also be used to support dogs that have retired from their penguin protecting deeds.

The campaign has been a sensational success so far. The target was quickly smashed more than $35,000 have already been raised. The organizers were overwhelmed by the outpouring of support and took to Twitter to thank donors.

Organizers are thankful for the incredible outpouring of support

These funds will ensure that these big furry protectors can continue their penguin protecting project.