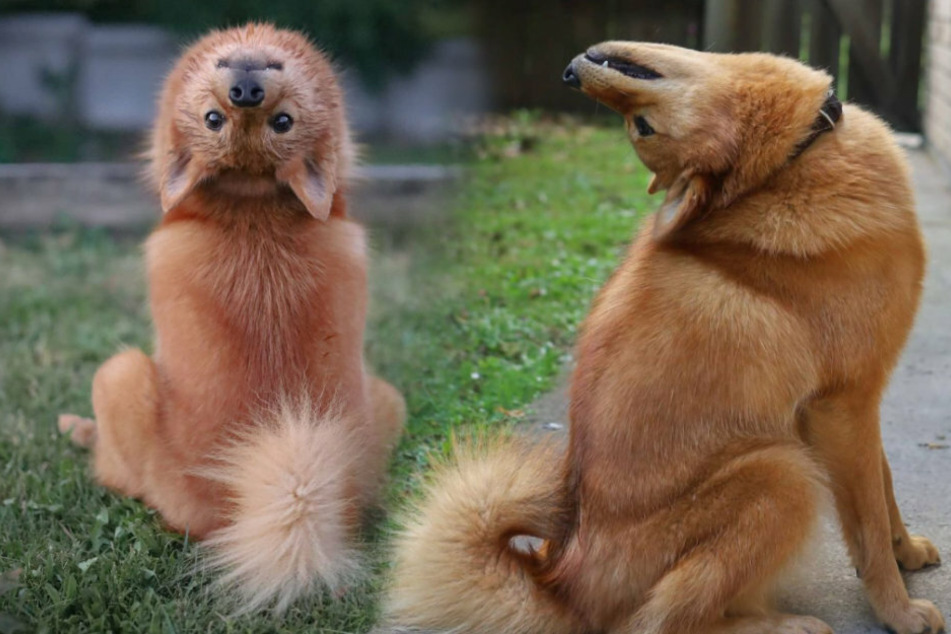 This dog turns heads on Instagram, including her own

New Zealand - This pup is causing quite a stir on the internet.

Kiko is a Finnish Spitz who lives in New Zealand together with three other dogs and their beloved owners.

While her full-time job consists of playing, cuddling, eating, and going for walks, she and her siblings have now turned to another profession: making people on Instagram fall in love with them.

Kiko, in particular, is doing a pretty good job at it: while her appearance alone makes a lot of heads turn, she also has a pretty special talent she uses to capture people's hearts.

This funny dog likes to tilt her head – backwards. However, instead of just looking upwards at a slight angle, Kiko casually turns her entire face 180 degrees!

The result could be considered incredibly cute or truly creepy - you decide!

Kiko has a pretty special talent!

Instagram is confused: does Kiko have any bones in her neck?

While some Instagram users think Kiko is cute as a button, others are convinced the dog must be possessed.

"He might be broken. Did you read the manual, the one that came with the dog?" one user joked, while others wondered whether the pup has any bones in her neck.

Even the owners have no idea why their dog twists like that. After all, it would be so much easier for Kiko to turn her entire body.

"She's just special," the New Zealanders write below one of their posts. And that captures it perfectly!

Kiko's pose has been called "the demon."