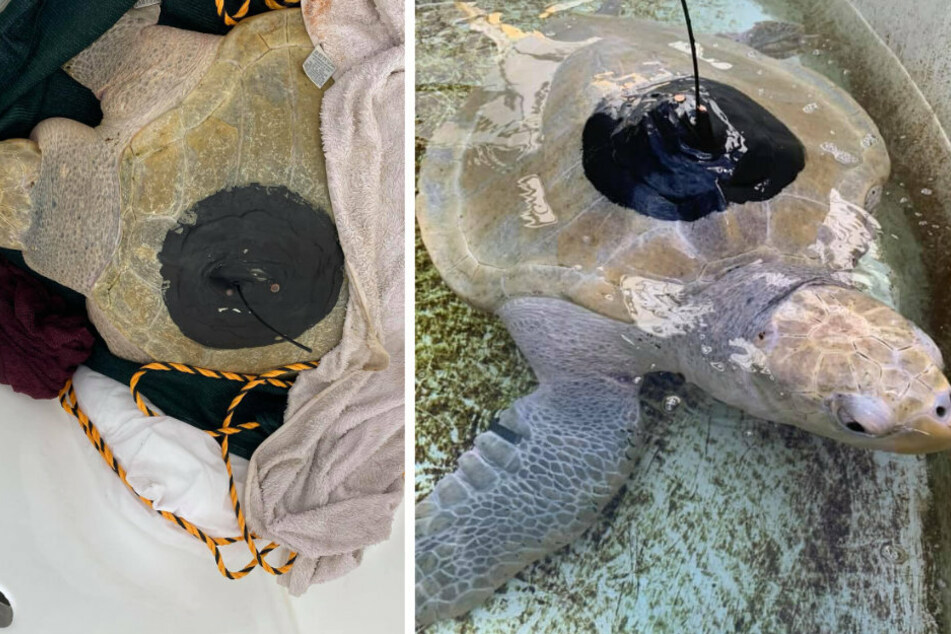 The amazing story of Lou, the turtle who overcame tragedy on his journey back to the ocean
Nov 9, 2020 2:29 PM

The amazing story of Lou, the turtle who overcame tragedy on his journey back to the ocean

A animal organisation in Australia took care of a severely injured turtle. At first it didn't look good for the animal, but things took a turn for the amazing.

Queensland, Australia - A charitable animal organization in Australia took care of a severely injured turtle. At first, things didn't look good for the animal, but then the story took a turn for the amazing.

In 2015, Cairns Turtle Rehabilitation Centre, a nonprofit dedicated to the rehabilitation of sick and injured turtles, was informed about a severely wounded olive ridley sea turtle that was found tangled up in discarded fishing nets.

According to BoredPanda, the staff did not hesitate to take him in and they named him Lou.

When Lou was rescued, his left front fin was missing and when he was later examined by a vet, it was found that his right dorsal fin was too damaged to be saved. It had to be amputated, leaving the turtle with only two fins.

“There was always hope he would recover and be returned back to the wild where he belongs. Being an adult male olive ridley, it was important that he went back.", said one of the center's volunteers.

And back he went. Lou was determined to swim again. Despite his missing fins, Lou held his own. He learned to successfully use his tail as a rudder, which made it possible for him to move forward.

The animal organization shares updates about Lou on Facebook

Turtle Lou has a transmitter on him for surveillance

The road to his amazing comeback was long, but Lou persevered.

This is an incredible achievement not only for the turtle – who has learned to keep himself upright by using his two remaining fins and his tail – but for ecological balance as a whole.

The number of ridley sea turtles is rapidly declining. They often get tangled up in fishing nets or are slaughtered for their eggs.

Lou was released in the beautiful clear waters of Pennefather Beach in Cape York, Australia. He has a satellite tracker on his shell to monitor his journey back into the wild and the environmental organization Citizens of the Great Barrier Reef has a live video feed for anyone who wants to go on a virtual swim with Lou.

His rescuers are confident he will survive in the wild, because Lou seems to be at least as tough as his outer shell.