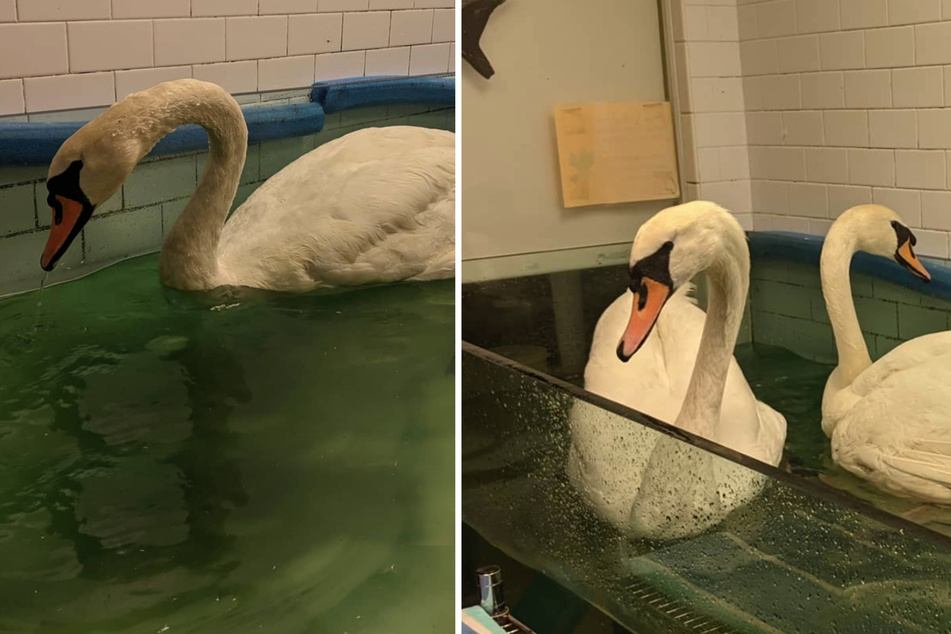 New York, New York - Ariel Cordova-Rojas planned to go bird watching on her 30th birthday, but instead of just enjoying the view, she ended up saving a swan's life.

Ariel used to work as an animal care manager at the Wild Bird Fund. While birdwatching, she saw a lonely swan sitting on the ground far away from the other birds.

"Something about her just didn't seem right," Ariel told the Wild Bird Fund, according to The Dodo. "I just couldn't leave her there."

The 30-year-old carefully approached the bird, who tried to drag herself away on her wings because she was too weak to stand.

Ariel couldn't just stand there and watch the animal suffer. So she carefully lifted the 17-pound swan into her arms and carried her to the park entrance. There, a friendly stranger offered to give them both a ride to the subway station.

That must have been quite the sight for commuters: a woman carrying a swan under her arm.

But New Yorkers have seen it all and passengers didn't bat an eyelid at the strange episode.

Swan gets help and a new name

On her way, Ariel alerted Wild Bird Fund employees, who met her at the subway station. The swan was rushed to the clinic, where she was examined and given the name Bae.

It turns out that Ariel had stepped in just in time: the swan was suffering from lead poisoning!

Today, Bae has found a comfortable temporary home in the clinic, where she can recover in peace.

On Friday the rescuers posted an update about the bird's condition on Instagram. Bae is no longer sick or frightened.

All in all, it was a very good birthday for Ariel Cordova-Rojas, who got to do what she loves most: caring for animals.