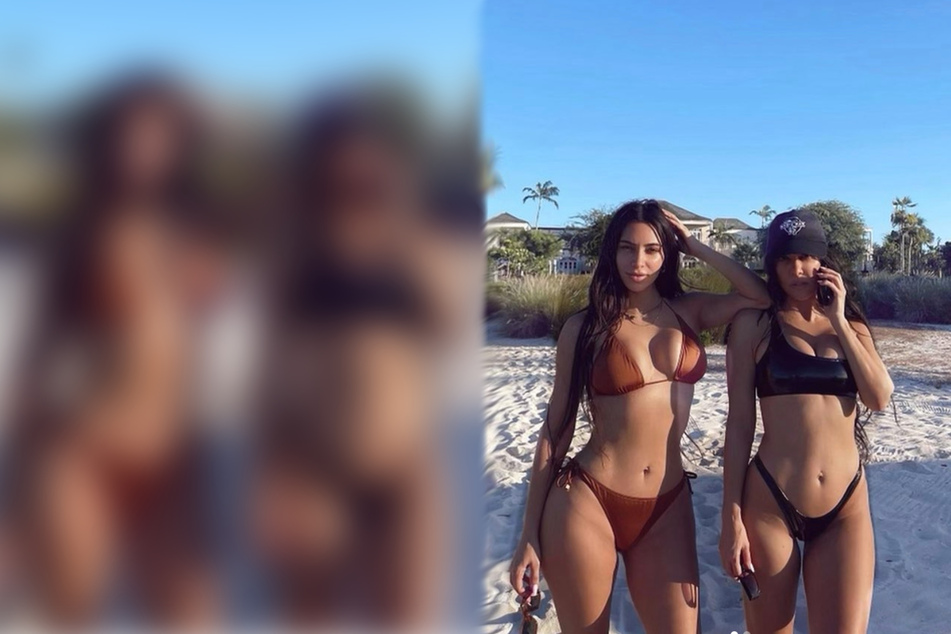 Kim breaks her silence by partying days after filing for divorce from Kanye
Feb 23, 2021 6:08 PM

The reality TV star seemed to be in high spirits as she sent some birthday wishes for her nearest and dearest.

Calabasas, California – After Friday's announcement that Kim Kardashian officially filed for divorce from rapper Kanye West, she was unusually silent online. Two days later, she broke her social media hiatus to share some birthday love for her nearest and dearest.

Kim partied with the Kardashian clan on Sunday in a birthday celebration for her bestie Jonathan Cheban – a fellow TV personality often seen on the family's reality show. Cheban recently changed his legal name to match his Instagram handle, Foodgod.

Kim posted the fun from her BFF's big day to her Instagram Stories and seemed to be in high spirits despite her divorce.

On Monday, Kim shared another birthday tribute, this time to her late father, Robert Kardashian Sr., who would have turned 77. Kardashian Sr. passed away in 2003 after rising to national fame as O.J. Simpson's defense attorney.

Kim's sisters Khloe and Kourtney also shared heartfelt birthday posts to their late father on their Instagram accounts. Although rumors swirled about Kim and Kanye's impending split for months, none of the family members have spoken out about the divorce filing.

There's also been no peep from Kanye himself, though he is reportedly "very sad" about the separation.

"Kimye" was an item for the last ten years, and the former couple has four children together. Now, Kim is seeking joint physical and legal custody of their children.

The Kardashian clan is moving on to more TV stardom

The news of the power couple's divorce comes just before the 20th and final season of Keeping Up With The Kardashians, which is set to air on March 18 on E!

Reality TV's first family does not have plans to retreat from the limelight.

They've already signed a multiyear deal with Disney to create content for the streaming platform Hulu.

There is no word yet whether Kanye will be involved.