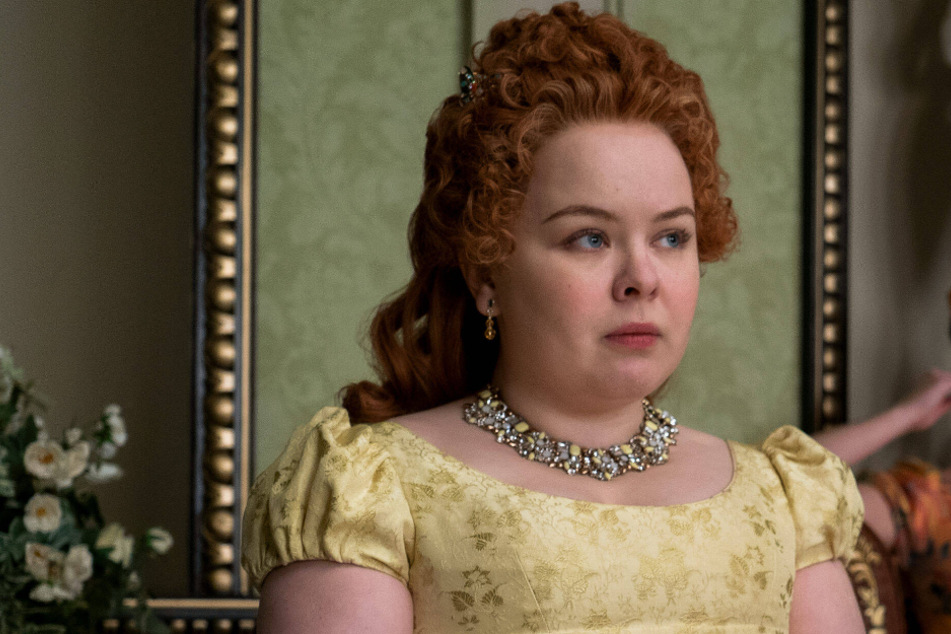 Bridgerton star reveals she accidentally "stabbed" her co-star on set!

Nicola Coughlan, starring as Penelope Featherington in the Netflix hit show Bridgerton, has revealed a "bloody" umbrella accident on set.

Los Angeles, California - Bridgerton has been captivating fans around the globe with its notoriously hot-blooded storyline. And it seems things are just as wild behind the scenes, as the show's actor Nicola Coughlan has now revealed a "bloody" awkward moment.

The star, who portrays Penelope Featherington on the hit series, said wearing 19th century high society fashion was more challenging than she had anticipated.

The directors decided to put the 5 foot 1 inch actor in high heels. But the combination of the waist-cinching corset, long dresses, and pumps only served to throw Coughlan off balance.

In an appearance on The Kelly Clarkson Show, she explained: "So it was my first day on set and it is quite terrifying getting a big Shondaland Netflix job. You think, I just don't want to screw this up."

But she admitted her balance was "not amazing," as she kept tripping over.

Unfortunately, the third time she stumbled, she was holding a parasol and "stabbed" Claudia Jessie who plays Eloise Bridgerton in the hand!

"She's still my friend! But unfortunately, there was a stabbing on the first day and I was guilty," the 34-year-old laughed.

Coughlan recently revealed she felt embarrassed to watch the passionate Regency-era period piece with her mother, and instead "fast-forwarded" through all the steamy sex scenes.

Nearly a month after the show's explosive debut, Netflix announced that it would renew Bridgerton for a second season, but didn't disclose further details about the release date.

Bridgerton is Netflix's most-watched series ever, with over 82 million households streaming the show within 28 days.