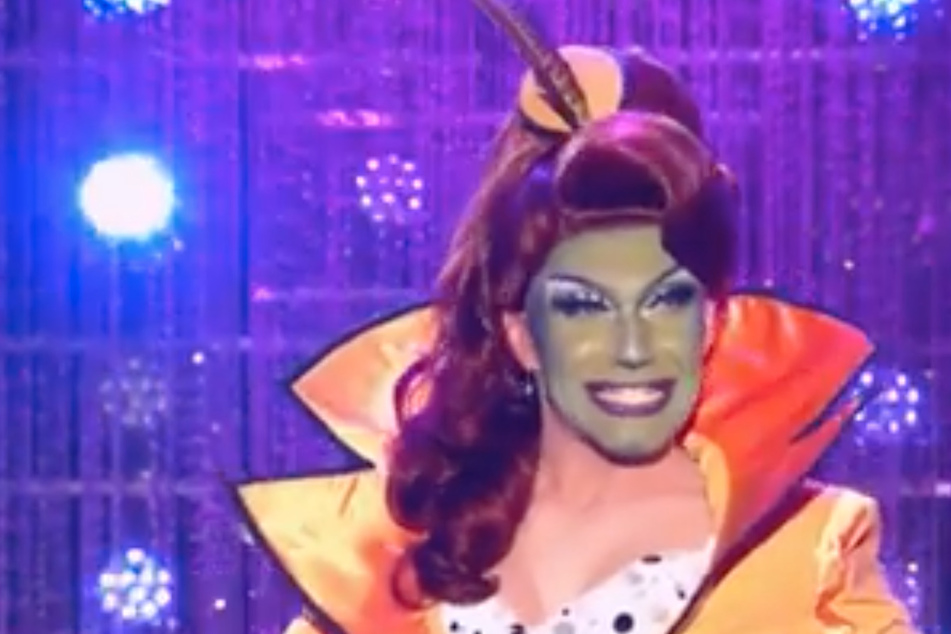 Broadway theaters may be closed due to the pandemic but Friday's episode of RuPaul's Drag Race brought the performances back on stage with its latest Rusical.

Los Angeles, California - New York's Broadway theaters may be closed due to the pandemic but Friday's episode of RuPaul's Drag Race brought the performances back on stage with its latest Rusical – or should we say Rosé-cal?

Ru let the queens pick their roles, leading to a never-before-seen audition battle between Denali and Rosé who were both fixated on portraying Foxy, a woman who keeps getting censored for showing too much skin.

Let's be honest: the sing-off between the two was as cringe-worthy as entertaining, with Denali offering a ridiculous attempt at a theatrical one-woman performance for the giggling queens. They unsurprisingly voted in favor of Rosé, who gave us a sweet taste of what she would offer us ahead.

The most random moment featured sirens going off and The Devil Wears Prada star Anne Hathaway surprising the Werk Room with a Zoom-in.

"Hi queens!" she said, and went on to give the girls a much-needed pep-talk for the upcoming musical theme. "Hang in there, never give up," she said, adding that she was the ninth choice for her role in Devil Wears Prada and still got it. The tea we didn't know we needed to know!

Rusical: who can keep up with Rosé?

In the challenge, Tina Burner arguably had the most challenging part as Em-She, but received some harsh criticism for the last few seconds where she apparently didn't lip-sync.

Did the jury sleep on the rest of her polished performance or did they deliberately choose to crush her spirits for a small mistake? Either way, it was unfair, and the decision to put her in the bottom created outrage among fans.

The rest of the Rusical was more of a Rosé-cal, with Rosé lighting up the stage and leaving everyone else in the dust.

Only Denali (probably still mad at Rosé for getting Foxy) and Gottmik stole the show for the last part in what was probably the most fun performance of an otherwise lackluster musical that didn't seem to find an end.

A shocking sashay (away?)

This week's runway theme "Yellow" however gave all queens a chance to shine bright on the runway.

Denali, who claims she hates being called "forgettable" was certainly burned into our memories as a goddess with her "princess python realness" look.

But again, Rosé owned the runway with a fashion tribute to Jim Carrey’s character in The Mask. Her victory this week was a no-brainer, even though Michelle Visage complained her outfit wasn't yellow. Sure, it was orange, but Rosé still deserved a win for all the times she has been misjudged and underrated this season.

While Kandy disappointed with a messy musical performance, during which we couldn't see anything but her wig stuck to her face, her recreation of Beyoncés Lemonade dress was a real stunner.

However, both Symone's and Kandy's poor acting landed them in bottom two, fighting for their place in an ever-more passionate lip sync battle to Fifth Harmony’s Bo$$. While Kandy was just as all over the place as she was during the musical, Symone came out on top like a professional.

Sashay away, Kandy? Not so fast! Ru wasn't ready to let drama queen Kandy go just yet, and a double shanty eventually left both girls on the runway. Whether fair or not, we all know Kandy is a show-maker and we'd certainly be missing her voice the Werk Room.