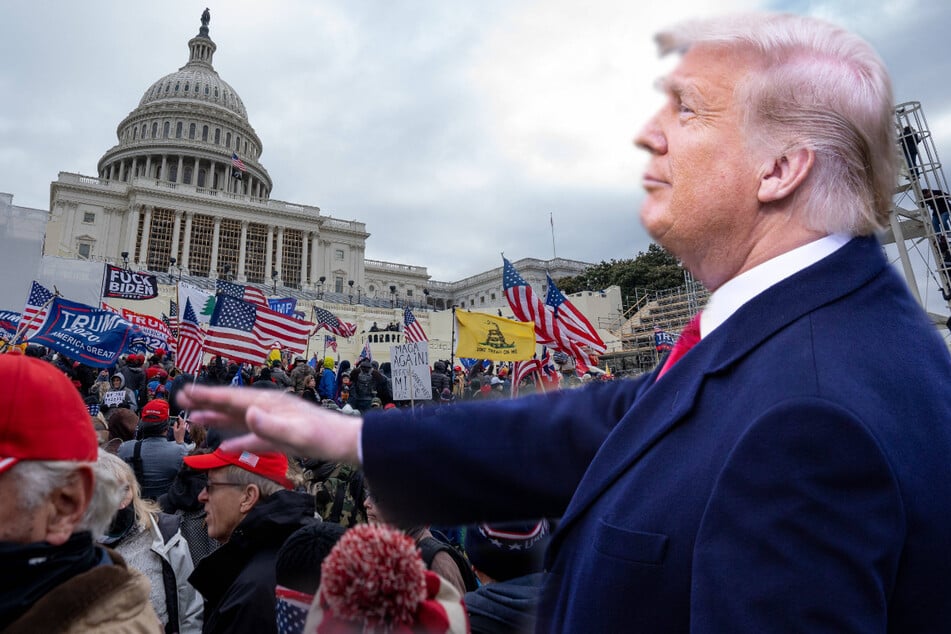 Trump supporters may be planning another storming of the Capitol!

Will the events of January 6, 2021, repeat themselves in March?

Washington DC - What's going on in Washington? Nearly 5,000 National Guard troops are expected to remain in the US capital through March 12.

One reason is apparently the fear that Trump supporters might storm the Capitol again, CNN reported.

According to the report, QAnon conspiracy ideologues, in particular, may be planning another attack.

The riot might to take place in early March, according to House Armed Services Committee Chairman Adam Smith. The US Democrat said Wednesday, "Some of these people have figured out that apparently 75 years ago, the President used to be inaugurated on March 4. Okay, now why that's relevant, God knows, at any rate, now they are thinking maybe we should gather again and storm the Capitol on March 4 ... that is circulating online"

US Capitol Police made the request to keep 4,900 National Guard troops in Washington through March 12, defense officials said on Wednesday.

The Pentagon is working with the relevant law enforcement agencies, defense officials added.

They want to determine what an appropriate presence for the forces might look like now that the threat environment has changed since Joe Biden's inauguration.

Smith made clear that there were still concerns about possible violence by domestic extremists.

He continued to say that domestic extremism is fueled by the fact that there are still Republican lawmakers who have not recognized Biden's election as the 46th president as "free and fair."

Concerns about March 4 are not the only reason why some lawmakers are arguing for an extension of the National Guard deployment.

According to CNN, law enforcement officials were also concerned about security at Biden's upcoming joint address to Congress.