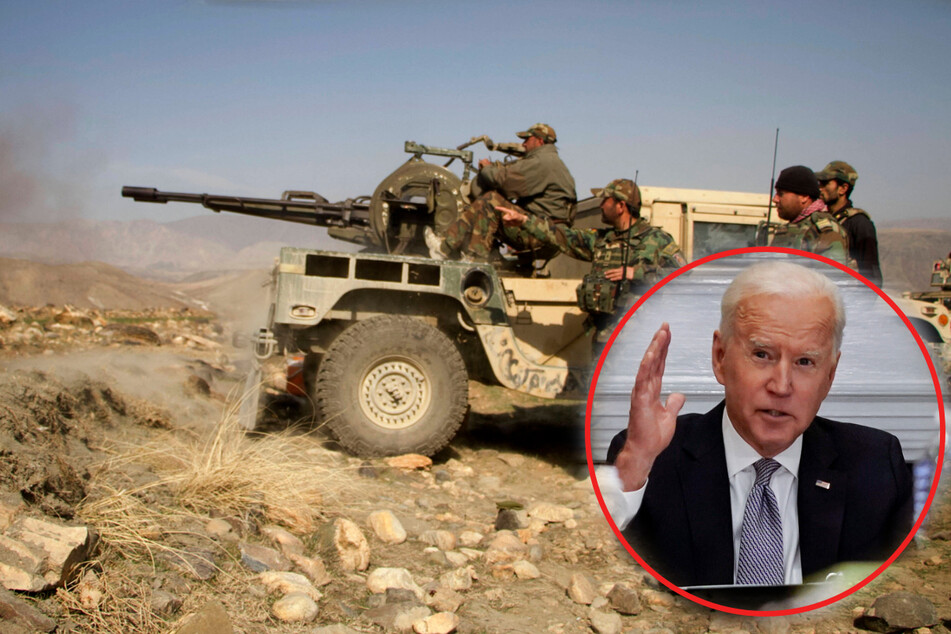 Biden wants to withdraw US troops from Afghanistan by September 11

President Joe Biden wants to withdraw US troops from Afghanistan by September 11, the 20th anniversary of the 9/11 attacks.

Washington DC - President Joe Biden wants to withdraw US troops from Afghanistan by September 11, the 20th anniversary of the 9/11 attacks, a senior administration official said on Tuesday.

Biden has been facing mounting pressure to make a decision on the deployment of troops in Afghanistan, where the United States has had a sustained military presence for the past 19 years.

He will formally announce his decision in a speech at the White House on Wednesday, White House spokesperson Jen Psaki said.

The senior administration official earlier briefed reporters on the plan, remaining anonymous under rules set by the White House.

Former president Donald Trump struck a deal with the Taliban last year, agreeing to withdraw all US and international troops from Afghanistan by May 1.

In return, the Taliban vowed to cut ties with al-Qaeda and other terrorist groups and enter into intra-Afghan peace talks.

Since the signing of the deal, there have been no attacks on the foreign forces in the country. However, the Taliban has intensified attacks against the internationally-backed Afghan government.

Biden said recently that his administration is unlikely to meet the fast-approaching May deadline, while also making it clear that he wants US troops out of the country.

The US invaded Afghanistan following the September 11, 2001 attacks and overthrew the Taliban regime. It is the longest war Washington has ever waged.

Biden said that accelerating the pace of peace negotiations under way among the warring Afghan parties would be key to pulling out troops.

Taliban "will not participate in any conference" until troops are withdrawn

Since last September, the Taliban have been holding peace negotiations with representatives of the Afghan government in Qatar but progress has stalled.

A US-initiated international conference on Afghanistan is set to begin in Istanbul on April 24, according to the Turkish Foreign Ministry. The aim of the high-level meeting is to complement the talks happening in Doha and get the peace process on a faster track.

The Taliban have yet to formally say if they will even participate.

On Tuesday, a spokesperson said the Taliban will not take part in a planned peace conference for Afghanistan until all international troops have withdrawn from the country completely.

"Until all foreign forces completely withdraw from our homeland, the Islamic Emirate will not participate in any conference that shall make decisions about Afghanistan," Mohammed Naeem, spokesperson of the Taliban's political office in Doha, tweeted on Tuesday.

"The IEA performs its works with consultations according to the guidance of the noble religion of Islam and then adopts the stance whatsoever is decided in the result of the consultation," Naeem added.

If it does go ahead, the planned conference will be the third international meeting on the peace process, following talks in Moscow and Dushanbe in recent weeks.

The Afghanistan decision is one of the most delicate that Biden has had to make in his young administration. Observers fear that if international troops withdraw without a political solution, Afghanistan could enter a new civil war.

According to official information, there are currently around 2,500 US soldiers in Afghanistan. At its peak 10 years ago, the number was around 100,000.

Most recently, including the US troops, a total of around 10,000 soldiers from NATO countries and partner nations were in Afghanistan to support the democratically elected government by training and advising security forces.

Ahead of Biden's speech, the US secretaries of state and defense, Antony Blinken and Lloyd Austin, will meet with NATO chief Jens Stoltenberg in Brussels on Wednesday.

All foreign and defense ministers of NATO's 30 members are also to hold a videoconference, organized at short notice.