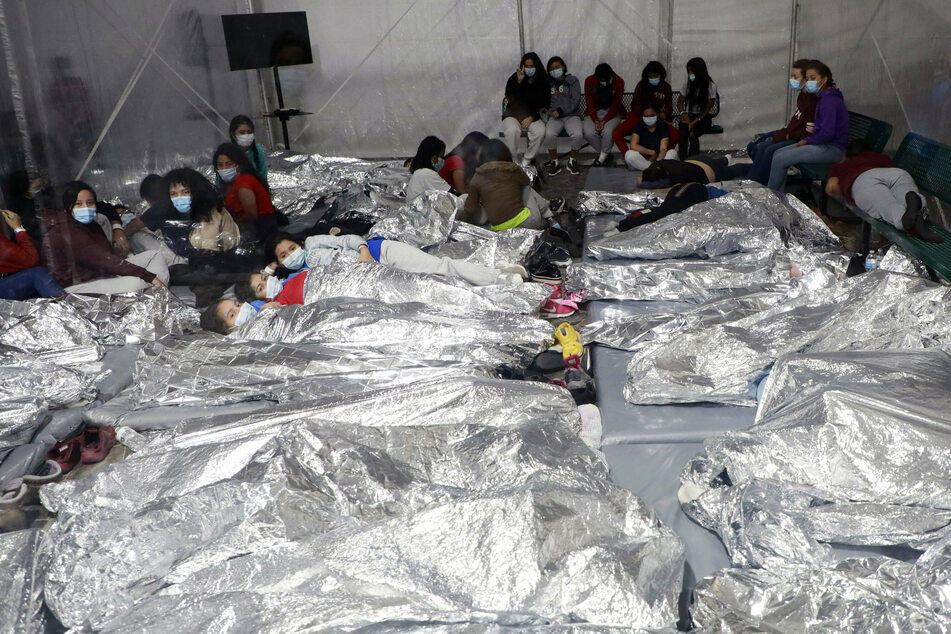 Los Angeles, California - US Border Patrol facilities housing migrant children suffer from severe overcrowding and "have been stretched beyond thin," according to an independent monitor who visited sites holding minors who crossed the border without their parents.

"Virtually all the custodial and medical provisions essential to adequate detention conditions are threatened by levels of occupancy that exceed the physical space required to maintain safe, sanitary, and humane conditions," wrote Andrea Sheridan Ordin, a California lawyer tapped by a federal judge to serve as special monitor in long-running litigation over the rights of foreign-born children in government custody.

Ordin, who wrote the report with pediatrician Dr. Paul Wise, visited several processing and emergency intake facilities in Texas along the Rio Grande Valley. The facilities are designed to hold adults temporarily but have become overcrowded with children, a problem they described as the "single most important issue that this monitoring program must assess."

Even though Covid-19 social distancing procedures were set aside to make room for children, the "facilities – which are not appropriate for minors, in any event – have been stretched beyond thin," they said in a report filed late Friday with the US District Court for the Central District Court of California.

The report was filed as part of decades-long litigation that established standards of care for migrant children in government custody through a 1997 settlement agreement.

The Biden administration has seen an uptick in migration to the US-Mexico border in recent months, at least in part driven by deteriorating conditions in Central America due to the coronavirus pandemic and recent hurricanes.

Although the administration has kept in place a Trump-era public health directive allowing border officers to rapidly "expel" migrants who cross the border without first considering their claims for protection, it has exempted unaccompanied children from the expulsion policy. The US has also been hampered by Mexico’s refusal to take back some migrant families.

The rise in arrivals of unaccompanied minors has strained government facilities and kept children in crowded US Customs and Border Protection facilities beyond the 72-hour legal limit. Meanwhile, the US has scrambled to open influx shelters run by the Department of Health and Human Services, which takes custody of unaccompanied minors until they can be released to a vetted sponsor, usually a parent or other close relative.

As of April 1, according to government data, 5,381 children were in CBP custody, while another 13,359 were in HHS care. However, more children were picked up by border agents that day than were transferred out of HHS, creating a backlog of children waiting in border facilities for HHS to have room for them.

More than 9,000 unaccompanied children were apprehended in February. While CBP has yet to release official data for March, Ordin found the increasing numbers of unaccompanied migrant children arriving "accelerated" in late February and March.

In the Rio Grande Valley region, as of March 30, approximately 2,500 minors had been held in CBP custody beyond the 72-hour legal limit, she wrote.

Calls for increase in medical staff

A senior US Border Patrol official separately told reporters in late March that unaccompanied migrant children have been held in border facilities for an average of 90 hours, and sometimes for more than 100 hours, despite the legal limit.

HHS’ ability to take in migrant children from Border Patrol facilities "has proven far too limited to accommodate the rising number," Ordin concluded.

She recommended the government set clear standards for emergency intake sites and influx care facilities, which are not subject to state licensing requirements, that prioritize the health and safety of children.

Ordin also called on the government to increase monitoring by a juvenile coordinator overseeing the facilities and to bring on more medical experts and medical services for children with medical conditions, including those who test positive for Covid-19.

A spokesperson for CBP declined to comment on pending litigation.

Lawyers for the children and for the government are due back in court on April 23 to discuss the findings in the monitor’s report.