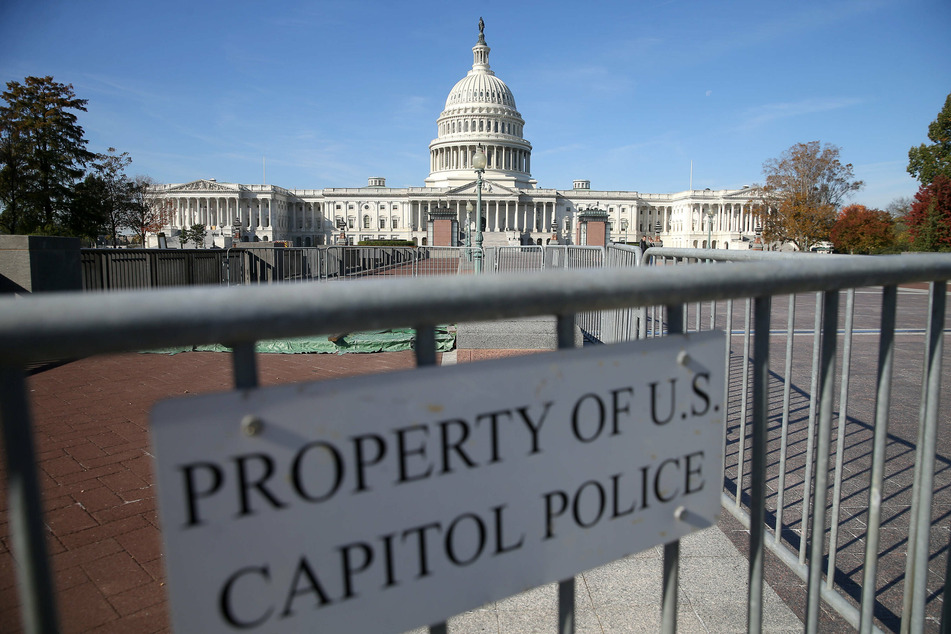 DC police to enhance security as Congress prepares to certify election
Jan 1, 2021 9:48 AM

Washington D.C. - Amid tensions surrounding the presidential election results, the Capitol Police plan to bolster security when Congress convenes in a joint session next week to count the Electoral College votes and certify Joe Biden's victory in the 2020 presidential election.

"We have been told there will be increased security on January 6th for any potential demonstrations," said Ashley Phelps, a spokesperson for House Administration Committee ranking member Rodney Davis, a Republican from Illinois.

Eva Malecki, a Capitol Police spokesperson, said the department "has comprehensive security plans in place and we continuously monitor and assess new and emerging threats, with the overall goal of keeping those within the Capitol Complex safe and secure."

Electors of each state cast their votes on December 14, which culminated in Biden’s 306-232 win over President Donald Trump. Despite Biden's win, Trump and his supporters are ardently promulgating unfounded claims that there was widespread voter fraud in key states that Biden won.

This has led supporters of the outgoing president to organize several protests on the day of the joint session, January 6, calling for Congress to overturn the results of the election.

Far-right groups like the Proud Boys and white supremacists are planning to attend, according to The Washington Post.

Missouri senator plans to object to the vote count

Adding fuel to the fire are commitments from Senator Josh Hawley of Missouri and Representative Mo Brooks from Alabama, as well as other Republican House members, to object to the vote count. An objection must be made in writing and needs to be signed by at least one member of each chamber, according to the Congressional Research Service.

Hawley is the only senator so far who has made clear his intention to object, an action in opposition to the wishes of Senate Majority Leader Mitch McConnell. Other senators have indicated an interest in objecting, but how that plays out remains to be seen.

"I cannot vote to certify the electoral college results on January 6 without raising the fact that some states, particularly Pennsylvania, failed to follow their own state election laws," Hawley said in a statement on December 30.

When the planned objection is raised, the joint session will be suspended and each chamber will meet separately to debate the objection and vote on whether to count the electoral votes in question, according to the Congressional Research Service.