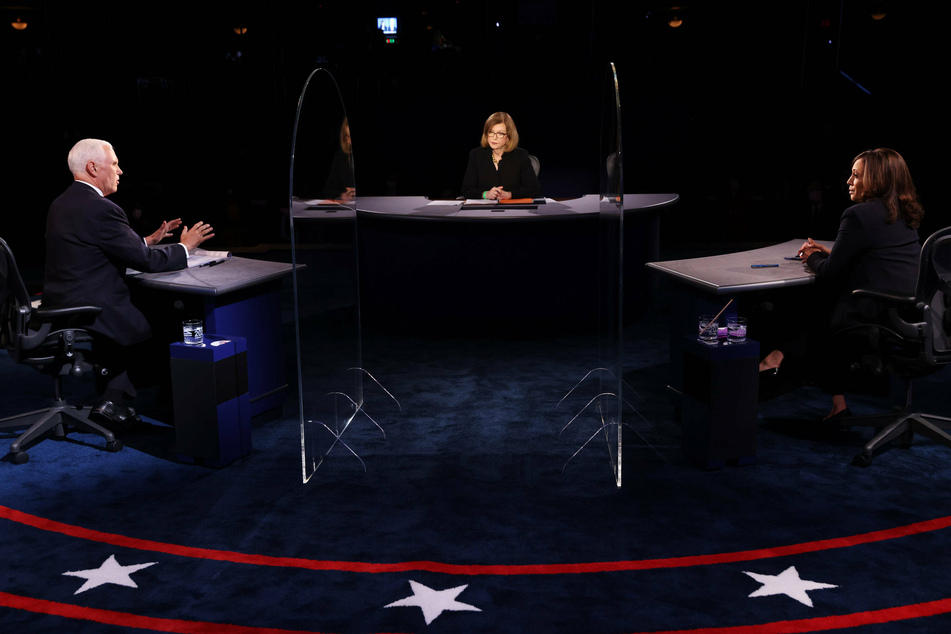 Washington D.C. - US Vice President Mike Pence and Kamala Harris, the Democrats' nominee, clashed over the government's handling of the coronavirus pandemic during their debate on Wednesday.

"The American people have witnessed what is the greatest failure of any presidential administration in the history of our country," Harris said at the start of the debate in Salt Lake City, Utah.

She claimed that President Donald Trump and Pence had "forfeited their right to re-election" by downplaying the virus, which has resulted in more than 211,500 deaths in the United States.

The first and only debate between the prospective deputies came less than a month before the November 3 election, and as voting is already under way. Trump is trailing Democratic presidential candidate Joe Biden in the polls.

The 90-minute debate was calmer and more measured than Trump and Biden's first debate last week, which was marked by frequent interruptions and insult-slinging.

Moderator Susan Page, USA Today's Washington bureau chief, was also at times unable to stop Pence from exceeding his allotted time, though she was in more control than last week's host, Chris Wallace.

Pence and Harris both evasive on some issues

Pence and Harris both ducked questions on plans to assume the presidency if needed.

Trump is 74 and was hospitalized due to coronavirus complications over the weekend, while Biden is 77 and would be the oldest US president ever, heightening the possibility that Pence, 61, or Harris, 55, may have to step in as president.

Pence also dodged a question on whether Trump would commit to a peaceful transfer of power, which the president has repeatedly refused to do.

Harris, on her part, declined to say if a Biden administration would add more judges to the Supreme Court. Some Democrats have threatened to pack the court if Republicans confirm a new Supreme Court judge before the election.

One of the sharpest exchanges was over racial justice and law enforcement, with Pence backing police and echoing Trump's law-and-order message.

She listed a ban on chokeholds, an end to private prisons and the decriminalization of marijuana as some of the criminal justice reforms a Biden administration would enact.

Harris attacked Trump over recent revelations that he is "in debt for $400 million."

"It would be really good to know who the president of the United States – the commander in chief – owes money to, because the American people have a right to know what is influencing the president's decision," the California senator said.

She also accused Trump of turning away from friends and embracing authoritarian leaders, preferring to "take the word of [Russian President] Vladimir Putin over the word of the American intelligence community."

Pence touted Trump's actions against the Islamic State extremist group and taking down their leader Abu Bakr al-Baghdadi. He noted that the parents of murdered Islamic State hostage Kayla Mueller were in the audience.

The candidates were divided by plexiglass and seated 12 feet apart on the debate stage to prevent any potential coronavirus spread, a visual reminder of how the pandemic is shaping the race.

The virus has infected Trump and several of his inner circle, sending him to hospital over the weekend.

The president, now back at the White House, criticized Harris on Twitter during the debate, calling her a "gaffe machine," while praising Pence.

The second presidential debate, scheduled for October 15, has been called into question in light of Trump's coronavirus diagnosis, though the president has signalled he plans to participate.