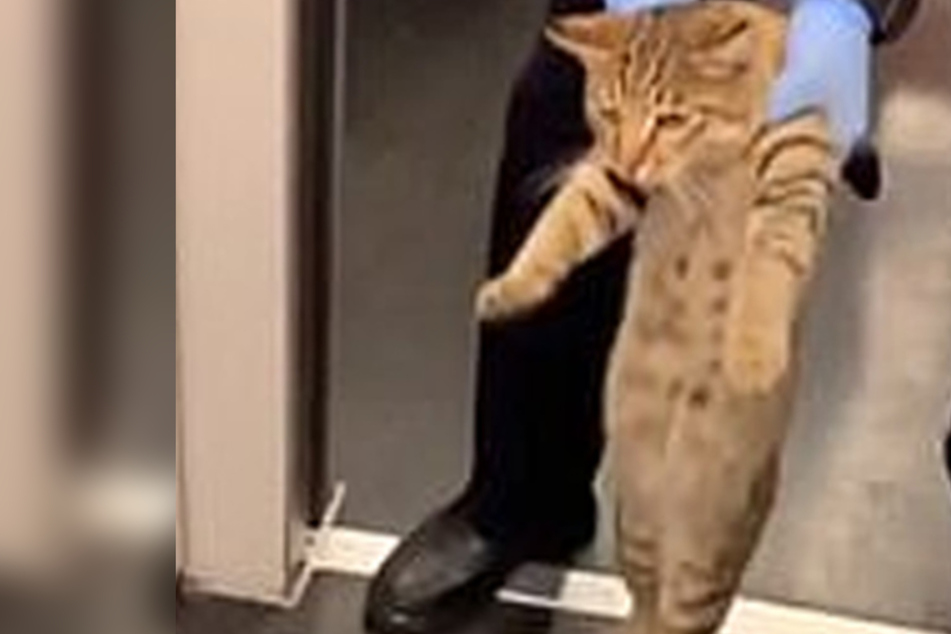 Freeloading feline gets kicked off train for riding without a ticket

A TikTok video shows a cat trying to score a free ride on a train. But the conductor won't be swayed by cuteness.

Inner Mongolia, China - Attention, you need a ticket to ride the train! Yes, even if you happen to be a cat. A TikTok video shows a sneaky feline trying to score a free ride on a train, but a strict conductor foiled its plan.

Everyone knows that there's no such thing as a free lunch, or a free train ride for that matter.

But one very special stowaway was caught in a viral video recorded in the north-western Chinese region of Inner Mongolia.

The clip took Chinese internet platforms by storm and now it has made its way to TikTok as well.

According to the Daily Mail, the woman who posted the video joked in her post that the feline freeloader had been "forced to leave the train after refusing to buy a ticket."

The footage shows a conductor marching a striped cat off a train. The furry freeloader has its front legs "restrained" by the man, who slowly shuffles it through the doors and onto the platform. Like most people caught in the act, the cat looks embarrassed as it completes the walk of shame.

The video has spread all over TikTok, with many different soundtracks tagged on. User @lovelypets2000 already reeled in over 1.8 million views with their version.

TikTok users are excited about the cat on the train

Commenters had a lot to say about the cat on the train. Some loved its walk and others were worried about its safety.

"Hahaha this is too adorable. Look at the way it was walking with choppy steps," wrote one user. Another said, "The cat must thought it could pay for a ticket with its overloading cuteness."

The woman who originally posted the video thought that its star might have been a stray. But not all TikTok users agree. Some thought that the cat was far too well groomed and comfortable with human contact to be homeless.

There was even some concern expressed: "That's not funny at all. What happened to the cat afterwards? How can we be sure that it has a shelter?"

The fate of the cat remains unknown but one thing is certain: it made a lot of people smile.