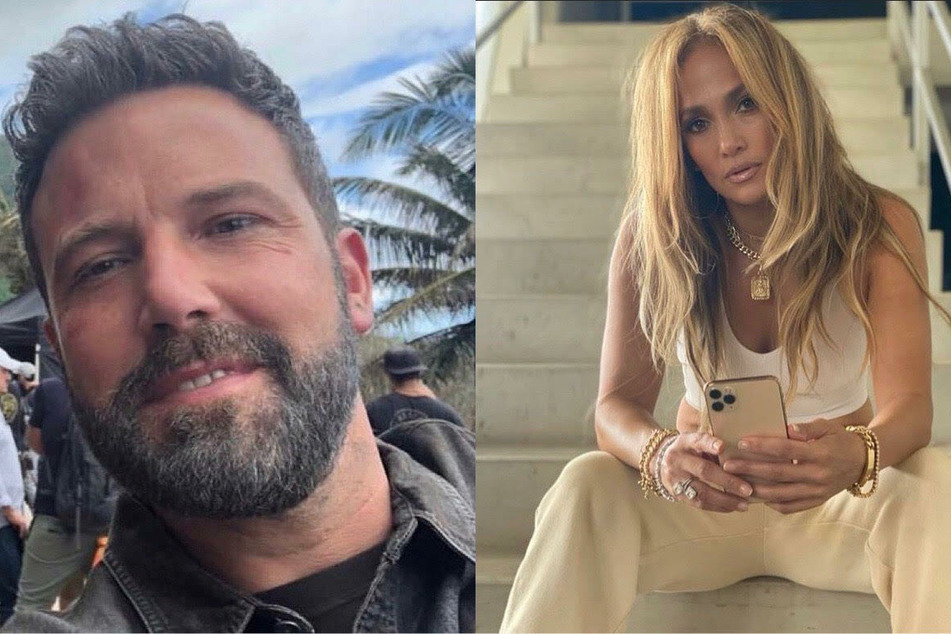 Could the former couple be rekindling their romance?

Los Angeles, California - Nearly 17 years after their break-up, famous exes Jennifer Lopez and Ben Affleck were seen at Lopez's home over the weekend.

On Friday, Page Six released photos of Affleck leaving a white escalade, which reportedly belongs to Lopez. According to the newspaper, the actor was spotted several times going to the singer's Bel Air mansion.

A source told the outlet, "Security picks him up at a nearby location and drops him off after spending a few hours at her house." Page Six also published photos of Lopez in the same vehicle driving away.

Another source told People magazine that Lopez and Affleck are close, adding, "They have always been friends and they have seen each other through the years."

Still, the reunion is sparking some conversation, especially since Lopez and Affleck are single.

Recently, Lopez ended her engagement with Alex Rodriguez. The two began dating in 2017 and Rodriguez proposed to Lopez in 2019. Lopez and Rodriguez have also remained on good terms since their split, but it's rumored the ex-MLB player was unfaithful to the singer.

Affleck, who was married to Jennifer Garner for 13 years, previously dated Ana de Armas from 2020 to 2021.

Additionally, Affleck has been reportedly dying to rekindle their old flame and spoke out earlier this year about the cruel remarks Lopez received during their relationship.

"People were so f***ing mean about her — sexist, racist. Ugly, vicious s**t was written about her in ways that if you wrote it now you would literally be fired for saying those things you said," Affleck said during an appearance on The Hollywood Reporter’s Awards Chatter.

Fans couldn't also help but notice that Lopez's song choice at this weekend's Vax Live concert may have been a nod to Affleck. The singer performed Sweet Caroline, which is also the anthem for the Boston Red Sox. Not only is Affleck a Boston native, but the baseball team is also his favorite. He also presented at the concert directly after Lopez's set.

It's still too soon to tell if there is more to Lopez and Affleck's friendship, but time will tell!