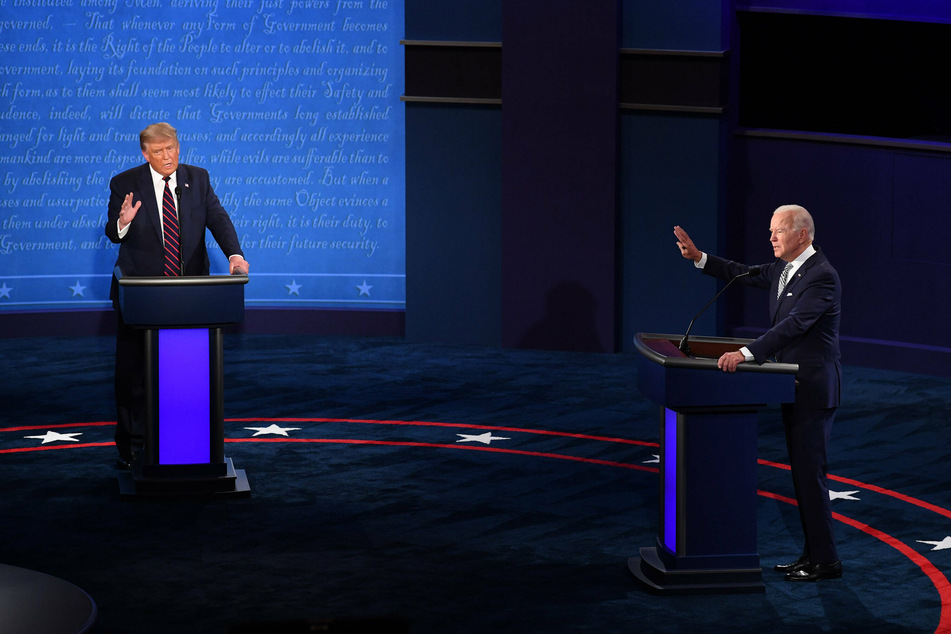 Biden or Trump: stars reveal who they're voting for

As America gears up for Tuesday's election showdown, what star power can the two candidates count on?

Washington D.C. - Os America gears up for Tuesday's election showdown, many celebrities have already revealed who they want to see in the White House. Joe Biden has the support of a variety of actors, musicians, and athletes. But Donald Trump has hi steadfast celebrity fans too.

Singers Lady Gaga and John Legend are already on the campaign trail with Biden (77) and his running mate Kamala Harris (56), as CNN reported. The former vice president has a whole swath of stars supporting his candidacy.

*Dwayne "The Rock" Johnson (48) is the American man with the most Instagram subscribers. He has more than 200 million followers and often uses his social media presence to share his political views. In September, The Rock endorsed Biden and Harris, and also shared an interview he did with the two Democrats.

*Taylor Swift (30) is an adamant supporter of Biden and Harris. The Grammy winner has expressed her support for the Democrats in many interviews. On Twitter, she showed off her home-made Biden/Harris 2020 cookies and added that she would cheer on her favorites by yelling at the TV during the vice presidential debate.

*Jennifer Aniston (51) voted early and shared a picture of her casting her mail-in ballot on Instagram. The actor wrote that she voted for Joe Biden, "I voted for them because right now this country is more divided than ever." She urged her followers to think about human rights, do the right thing, and not vote for Kanye West.

*Brad Pitt (56) is also a Joe Biden fan and the actor even voiced a campaign commercial for him. In the ad, the Oscar-winner said that Biden would treat all people with respect, would listen to them, and would stand for truth.

While Biden has a lot of A-listers behind him, Trump (74) is also backed by a few big names. Rock and country musician Kid Rock has often provided the soundtrack to the president's rallies.

*Chuck Norris (80) is an avowed Trump fan. He supported him in the 2016 election and spoke out vehemently against Trump's then opponent Hillary Clinton (73). He has given no indication that he has changed his mind since.

*Kid Rock (49) has previously called Trump a "great man". He has already supported the incumbent at several election events, has been to the White House multiple times, and even played golf with Trump. The Michigan-born rock star tweeted a picture of them on the golf course together .

*Roseanne Barr (67) is as an ardent admirer of Trump. She frequently tweets her support of the president and has been pictured wearing a red Trump 2020 baseball cap.

50 Cent (45) initially signalled his preference for Trump. The rapper cited financial interests as his main reason, after criticizing Biden's reported tax policy. "I don't want to be 20 Cent," he tweeted. However, as Fox News reported 50 Cent took a very different position a week after that. The rapper posted "F**k Trump" on Instagram on October 25, which hardly sounds like a ringing endorsement.

Regardless of which stars support which candidate, they will be joined at the polling places by millions, as the US looks set to record its highest turnout in over a century.