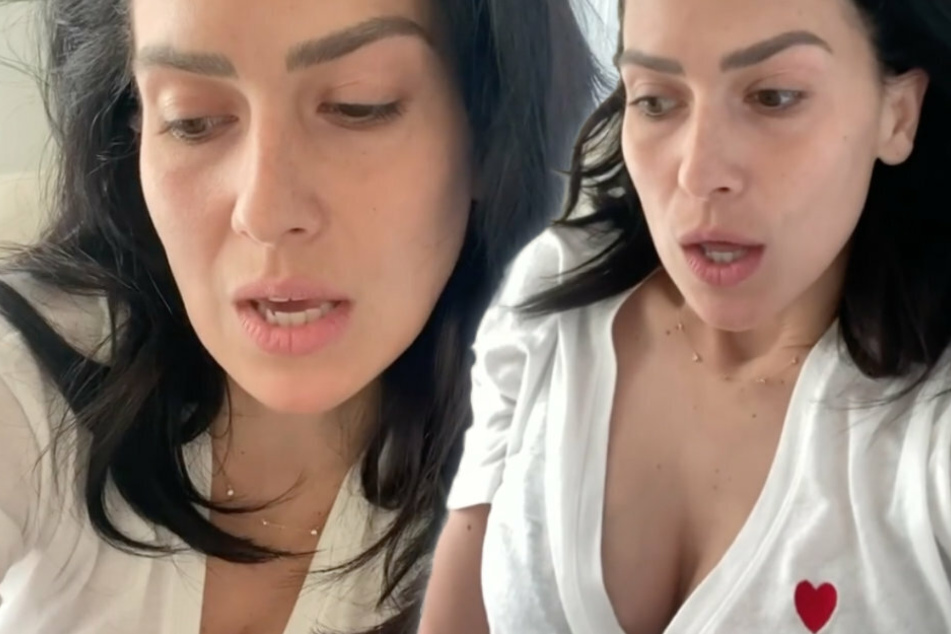 Hilaria Baldwin, wife of actor Alec Baldwin, is speaking out on Instagram about allegations that she faked her Spanish heritage.

New York, New York – Hilaria Baldwin, a New York wellness personality and yoga studio owner who's married to actor Alec Baldwin, came under fire on social media over the weekend for misrepresenting her heritage and nationality over several years.

Baldwin admitted Sunday that she is not half Spanish, that she was not born in Spain, and that her given name is Hillary. Although she had claimed her place of birth was the Spanish island of Mallorca, Baldwin was born in Boston, internet sleuths found, which she later confirmed.

"I've seen chatter online questioning my identity and culture," the 36-year-old Baldwin said in an Instagram video Sunday. "I was born in Boston and grew up spending time with my family between Massachusetts and Spain."

"My parents and siblings live in Spain, and I chose to live here, in the USA," she added. "We celebrate both cultures in our home — Alec and I are raising our children bilingual, just as I was raised."

Baldwin also said that she "mixes" English and Spanish when she gets "upset or nervous," and that at one point in her life, she decided to "consolidate" her two names, Hillary and Hilaria.

"I am a white girl. Let's be very clear that Europe has a lot of white people in there," she said. "My family is white. Ethnically, I am a mix of many, many, many things. Culturally, I grew up with two cultures. So it's really as simple as that."

Baldwin did not respond to a request for further comment and indicated Sunday that she'd be taking a break from social media.

The scandal broke on social media as an afterthought to a short-lived spat between comedian Amy Schumer and Baldwin.

Last week, Schumer reposted a photo that Baldwin had posted of herself in revealing underwear while holding her newborn, a common visual theme for the wellness figure known for her Mom Brain podcast and her openness about issues related to reproduction and miscarriage.

Defending herself against Schumer, Baldwin took to social media to condemn body-shaming. But from there, some users online took note that Baldwin's "Spanish" accent was fluctuating and switching to standard Northeastern US English.

Later on Twitter, the account @lenibriscoe posted a thread highlighting years of clips from Baldwin's media appearances, showing her either lying about where she was born, when she moved to New York, or asking how Americans pronounce "cucumber."

On Sunday, Alec Baldwin, who has five children with Hilaria, also came to her defense by posting a nearly nine-minute video to Instagram and calling the backlash "ridiculous."

"You have to consider the source," the "Saturday Night Live" guest star said. "We live in a world now where we're hidden behind the anonymity of social media. People feel that they can say anything. They probably would like to do anything if they weren't at risk of getting caught and going to prison ... just shoot it all over you and spray it all over you, their venom and their hate."

The actor also likened news outlets such as TMZ and the New York Post to a "sewage treatment plant."

Social media users are divided over the seriousness of the accusations

In this case, as many social-media users pointed out, the source of Hilaria's revelation was in fact herself. Elsewhere online, people who identified themselves as her ex-classmates said she was always "Hillary."

Ireland Baldwin (25), Alec's daughter with ex-wife Kim Basinger, also defended her stepmom in a series of Instagram Stories. She called Hilaria Baldwin's critics "sad and pathetic" and told people to stop sending her the viral meme about having to share her Baldwin inheritance with her half brothers and half sister.

Still, the flap pushed Hilaria Baldwin to say she would be taking a break from social media.

"I've said my piece. I'm so tired," she said Sunday in a second Instagram video. "I'm gonna go back to my family because I've been not a very good mommy, spending a lot of time focusing on this, and I just want to be left alone. I love you and I'm going to sign off for a long time."

The mockery rained down soon after.

On TikTok, user Anna Roisman mocked Baldwin by casually pronouncing "Boston" as a Spanish person might, with a hard "th" sound replacing the "st." "I too am a different kind of Botttthonian," Roisman said on the app.

Another user on Twitter mused jokingly: "I think Hilaria Baldwin did the sitcom thing of telling a big lie to get Alec to notice her. And her friends were like 'this will never work out, Hilaria, are you going to pretend to be Spanish forever?' And she was like 'I guess.'"

"I don't think it's harmless," @lenibriscoe wrote. "She's pretending to have the experience of an immigrant who doesn't speak fluent English and is leaning into a sexy Hispanic stereotype that harms Hispanic and Latina women."