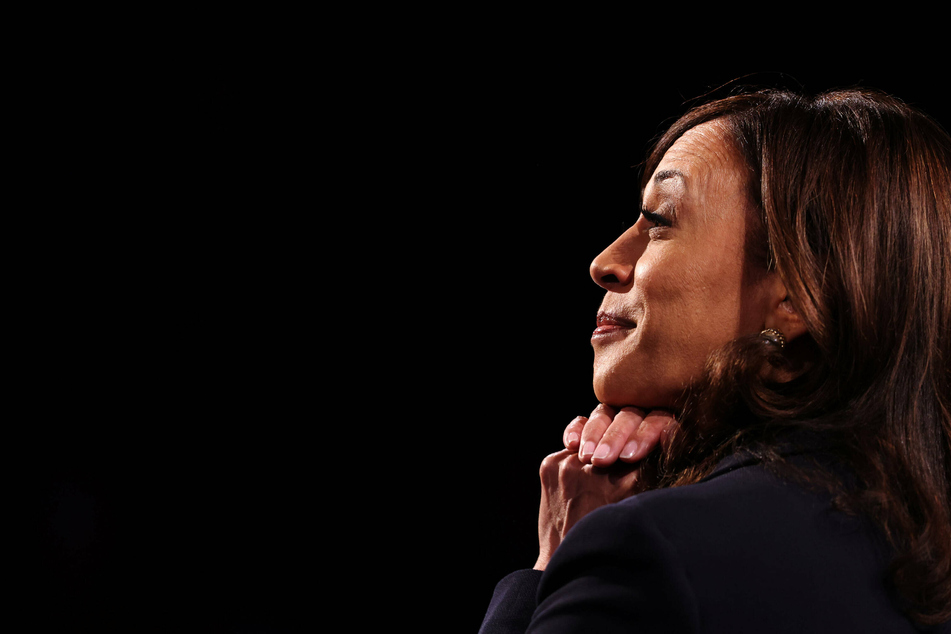 "Washed out" and "disrespectful": Vogue gets flak for Kamala Harris cover photo

Social media users aren't happy about the photos of Kamala Harris that will grace the cover of Vogue in February.

New York, New York – Kamala Harris will be on the cover of Vogue's February issue, but social media users aren't happy about the photos. To make matters worse, Harris's team said Vogue isn't using the photo they agreed upon.

On Sunday, Vogue posted two shots of the Vice President-elect on Twitter with the announcement that she would grace the magazine's February cover.

In one picture, 56-year-old Harris poses in a casual black Donald Deal jacket. She's wearing black Converse Chuck Taylors and pearls in front of a pink and green backdrop, which the magazine described "as a nod to her Alpha Kappa Alpha sorority," according to USA TODAY. In the second more formal picture, Harris stands in front of a gold curtain. She wears a powder-blue Michael Kors suit with an American flag pinned to her lapel.

The Guardian reports that the magazine is now tangled in a "whitewashing" controversy due to Kamala's appearance in the pictures, particularly in the one with the pink and green background. Twitter users were irate.

Many said the pictures were disrespectful and plagued by bad lighting decisions, as well as blurry. One Twitter user wrote, "Kamala Harris is about as light skinned as women of color come and Vogue still f***** up her lighting. WTF is this washed out mess of a cover?"

Other users claimed the image was deliberately edited to make her skin look whiter.

"Far below the standards of Vogue"

Critics on social media said the photos weren't up to the standard they have come to expect from the fashion magazine.

One user wrote "It's just far, far below the standards of Vogue. They didn't put thought into it." Other users joked that they could take better pictures with their smartphones, or that it looked like someone ran out of time to finish their homework.

Tyler Mitchell, a Black photographer who took pictures of Beyoncé for Vogue in 2018, took the now controversial images. Vogue sent a statement to USA TODAY and said the team "loved the images Tyler Mitchell shot and felt the more informal image captured Vice President-elect Harris's authentic, approachable nature." They added, "we're celebrating both images of her as covers digitally."

According to The Associated Press, the more casual picture of Harris in Chucks will be the cover of the print edition. Some Twitter users didn't like the vice president-elect's decision to wear tennis shoes.

Harris's team also told AP News that were blindsided by the last-minute switch up of the cover photo. They thought Vogue was going with the more formal picture of Harris in the power suit. So far, Harris has not responded to the Twitter controversy about the cover photos.

More on the topic Kamala Harris: