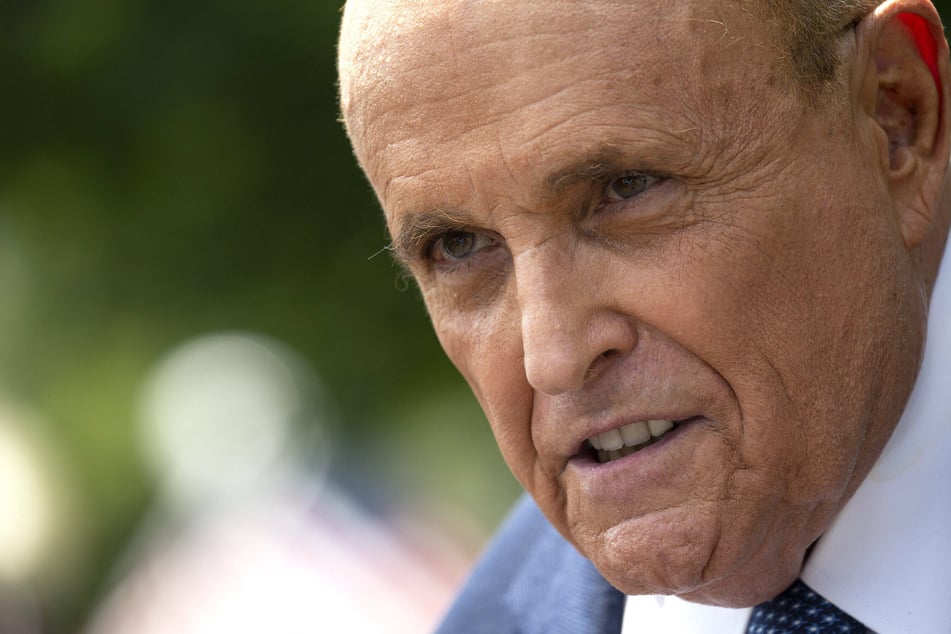 Rudy Giuliani slapped with complaint that could result in NY disbarment
Jan 12, 2021 9:52 AM

Rudy Giuliani slapped with complaint that could result in NY disbarment

Rudy Giuliani faced the possibility of disbarment Monday for his inflammatory comments prior to the riot at the US Capitol.

Albany, New York – Rudy Giuliani faced the possibility of disbarment Monday for his inflammatory comments prior to the riot at the US Capitol.

The New York State Bar Association announced it will consider revoking his membership and state Senator Brad Hoylman filed a formal complaint with the Attorney Grievance Committee, initiating a process that could result in Giuliani losing his law license.

"I was horrified to watch last week’s insurrection attempt in Washington, DC, and was especially dismayed to see members of the legal profession from New York State at the heart of it," Hoylman, the chairman of the state Senate Judiciary Committee, said.

Hoylman’s complaint cites the former mayor for "rampant and egregious violations of the rules of professional conduct related to his participation in a scheme to unlawfully overturn the results of a free and fair election and his complicity in inflaming a violent coup attempt on our seat of federal government," he said.

Meanwhile, the New York State Bar Association said it was opening an inquiry into Giuliani, who is President Donald Trump’s personal attorney.

Rudy Giuliani: "Let's have a trial by combat"

The association noted Giuliani’s now-notorious suggestion, "Let’s have trial by combat," before the riots that resulted in five deaths.

"We must address the root cause of this abhorrent incident, the blame for which lies first and foremost with President Donald Trump. But the president did not act alone," the association said Monday in a statement.

"Hours before the angry mob stormed the Capitol walls, Trump’s personal attorney, Rudolph Giuliani, addressed a crowd of thousands at the White House, reiterating baseless claims of widespread election fraud in the presidential election and the Georgia US Senate runoffs.

"No person who advocates the overthrow of the government of the United States, or of any state, territory or possession thereof, or of any political subdivision therein, by force or other illegal means, shall be a member of the association," the organization said.

The association said it has received hundreds of complaints about Giuliani over the past few months for helping Trump "cast doubt on the veracity of the 2020 presidential election."

Once the mob-busting US attorney for the Southern District of New York and then the mayor during the 9/11 attacks, Giuliani is now best known for pushing bogus claims for Trump.

He even leaked hair dye during a now-notorious press conference pushing an incomprehensible conspiracy theory that the election was stolen for President-elect Joe Biden.

Giuliani did not respond to a text message.