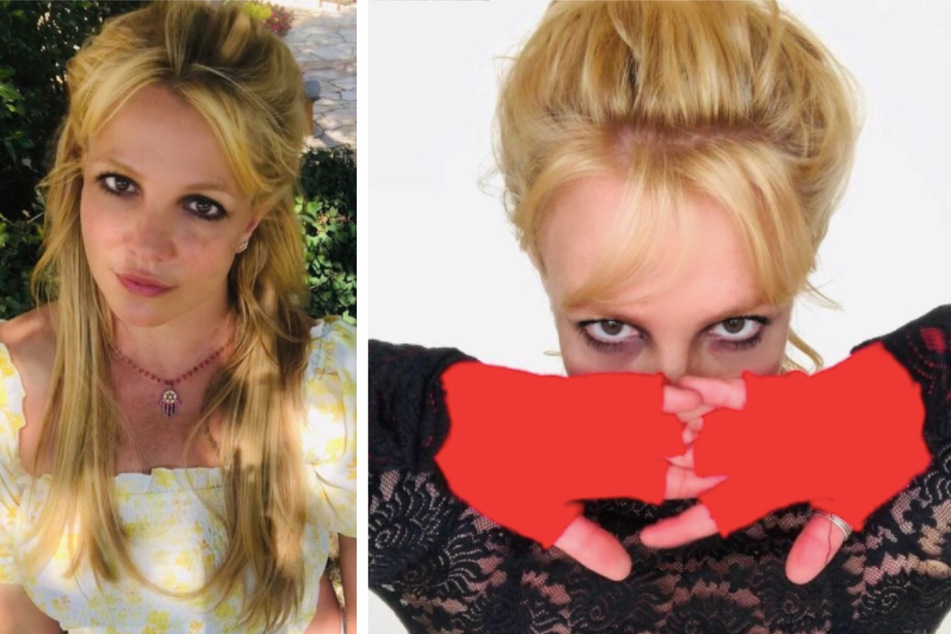 Britney claps back as a new doc is dropped: "These documentaries are so hypocritical"
May 4, 2021 3:53 PM

Britney claps back as a new doc is dropped: "These documentaries are so hypocritical"

Britney addressed a newly released documentary about her life.

The queen of pop seems to be taking a departure from her usual dancing videos and selfies on Instagram to finally address the "negative and traumatizing" parts of her life.

In a post on Saturday, she shared an image of a little girl giving the middle finger – immediately after news dropped that her father had said she was suffering from dementia in official court documents.

Her latest posts on Monday were also simple images, with text that sent strong messages: "Stay weird" and "Yes the f**k you can" with no elaboration.

Yet, it was a third post on Monday with a lengthy caption that said enough to make up for the rest.

"So many documentaries about me this year with other people's takes on my life," Britney wrote.

The response comes as a new documentary is being released this week on BBC streaming platforms, The Battle for Britney: Fans, Cash and A Conservatorship. It follows a New York Times documentary in February, after which Britney said she "cried for two weeks." Both have ramped up hype about Britney's mistreatment by the media and the #FreeBritney movement which seeks to release the star from her father's financial and personal conservatorship over her estate.

"These documentaries are so hypocritical … they criticize the media and then do the same thing," Britney clapped back on Monday.

As she flipped back and forth between topics as the long post went on, she came back to the docs, which seemed to be bothering her the most.

"Why highlight the most negative and traumatizing times in my life from forever ago ???? I mean DAMN."

She also slammed her former makeup artist Billy Brasfield, who told the press in March that the pop star wasn’t in control of her social media: "I don’t actually talk to Billy B AT ALL so I’m honestly very confused. This is my Instagram !!!!"

Yet, fans filled the comments section urging Britney to personally speak out on video – either on Instagram or in her own documentary. They believe her account is being manipulated, and her words aren't truly her own.

In addition to the doc drama, Britney's mom Lynne Spears is also getting in on her daughter's conservatorship fight.

She recently filed court documents to contest exorbitant attorney fees that Jamie Spears, from whom she is divorced, is requesting for the ongoing legal battle – to the tune of $890,000.

His total fees for lawyers to handle Britney's conservatorship have charged the star's estate over $2 million.

Lynne also claims inappropriate payments were made to combat media coverage that cast Jamie in a negative light, and did not benefit Britney at all.

"I think the world is more interested in the negative," Britney wrote on Monday in a nod to it all.